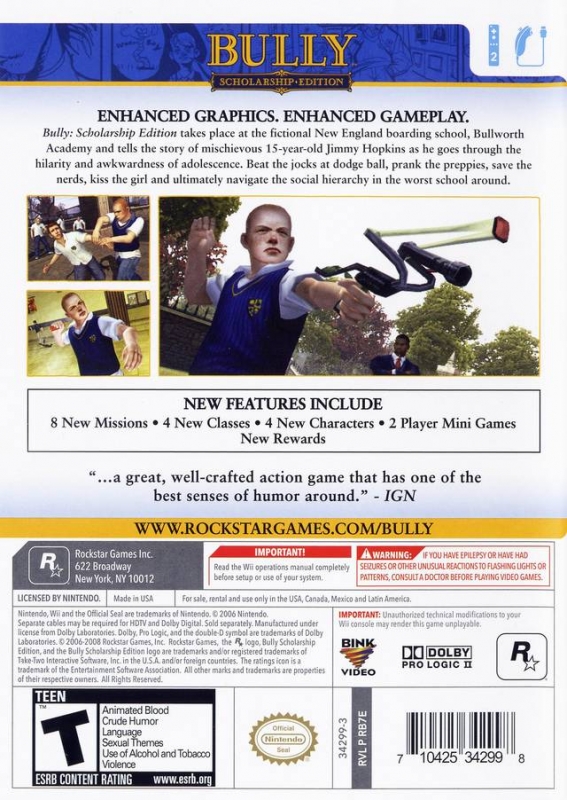 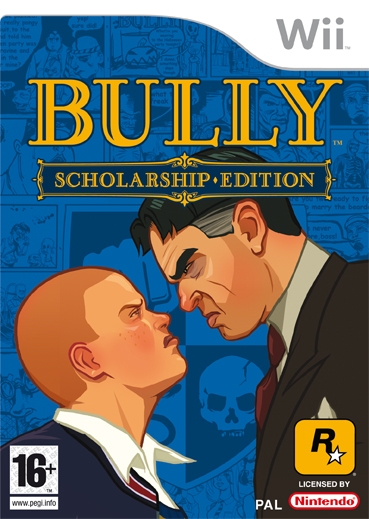 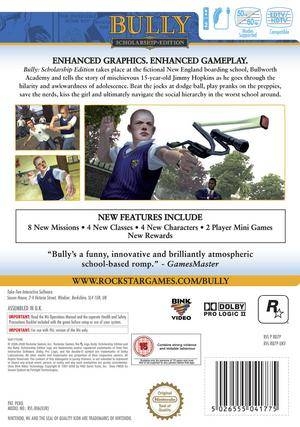 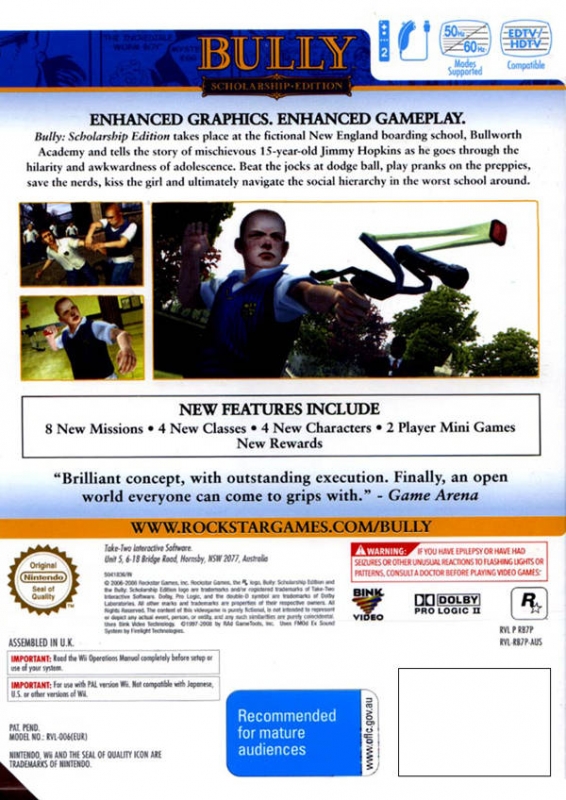 Looking for the worst school around? Welcome to Bullworth Academy.

This is the closest thing to GTA on the Wii and I think that it is really well made. This game has everything that makes up a good game. Amazing voice acting, which is cheesy but makes you laugh at the same time, Interesting storyline and sweet graphics that make this port one of the only ones that feel like a game that is not a port.

You are Jimmy Hopkins and you are a bully. Well sort of. You are actually a guy trying to save all the nerds from the bullies. But it is so fun trying to slingshot people trying to throw stuff at a nerd doing a speech or just randomly hitting a guy on the street.

The missions are amazingly diversed and all are well thought. This game has 8 new missions from the PS2 version along with 4 new classes, 4 new characters, Multiplayer mode, and many more rewards. RockStar has made a port with so much effort it seems almost flawless. The only reason why I gave it a 9.5 and not a 10 is because I think that the classes that you have interfere in your life and you can not do anything about skipping the classes and not worrying about anyone can catch you.

This game is certainly one of the very few games that you want. Best of all is that this game is only rated T so people that can not get M rated games can get it. So what are you waiting for? GO BUY IT!