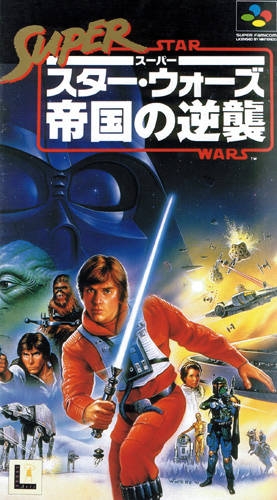 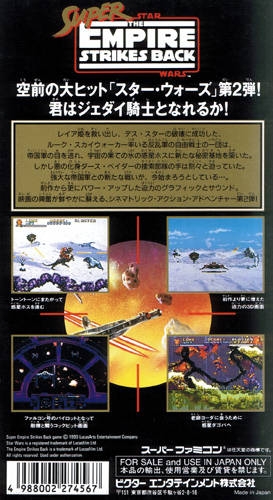 Sequel to the popular sidescroller, Super Star Wars. The Empire Strikes Back closely follows the events in the second movie in the original Star Wars trilogy. Using multiple playable characters and Mode 7 vehicle sequences, players work themselves through a set of challenging levels right up until the final confrontation with Darth Vader. Luke Skywalker, Han Solo, and Chewbacca returned as playable characters with Luke given the ability to switch between his lightsaber and blaster as his main weapon. In response to the high difficulty in Super Star Wars, Super Star Wars: The Empire Strikes Back also included a password system so users could effectively save games and continue their progress later without needing any onboard cartridge memory.