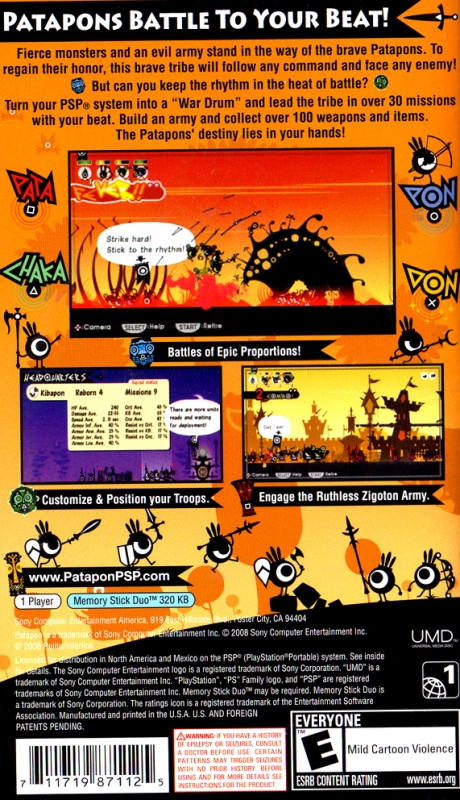 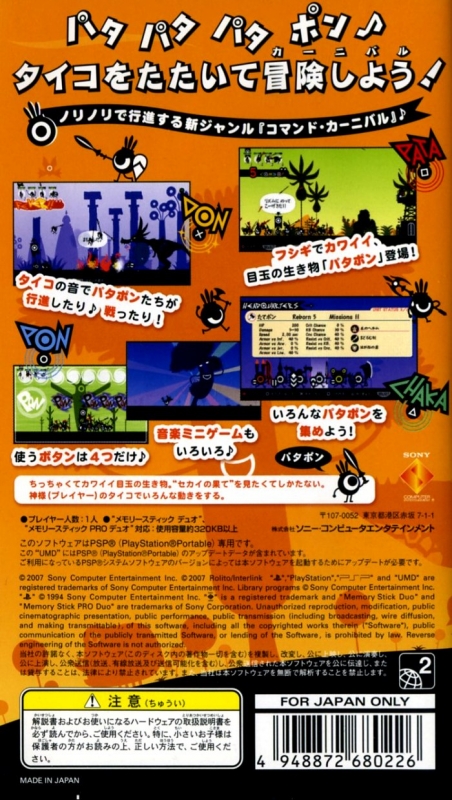 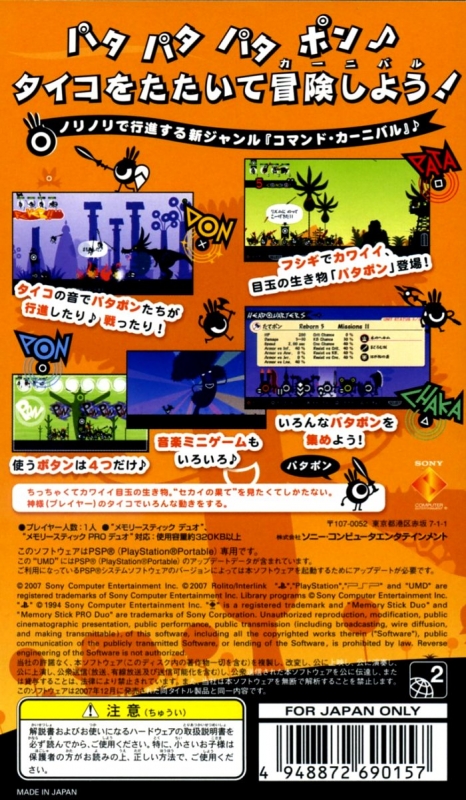 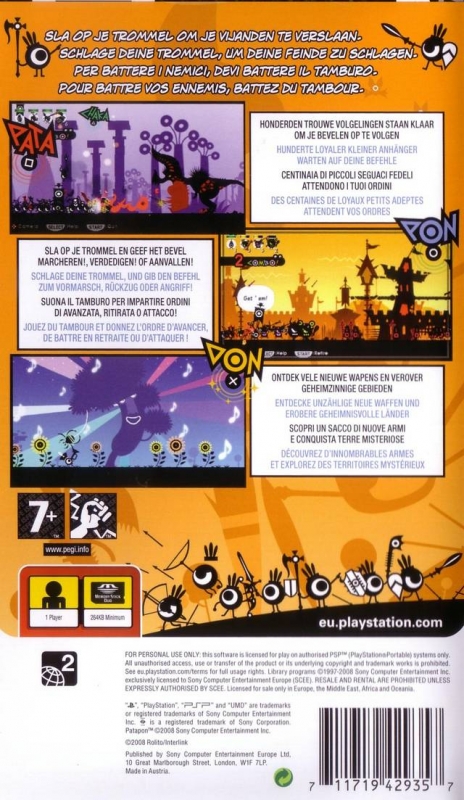 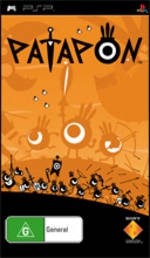 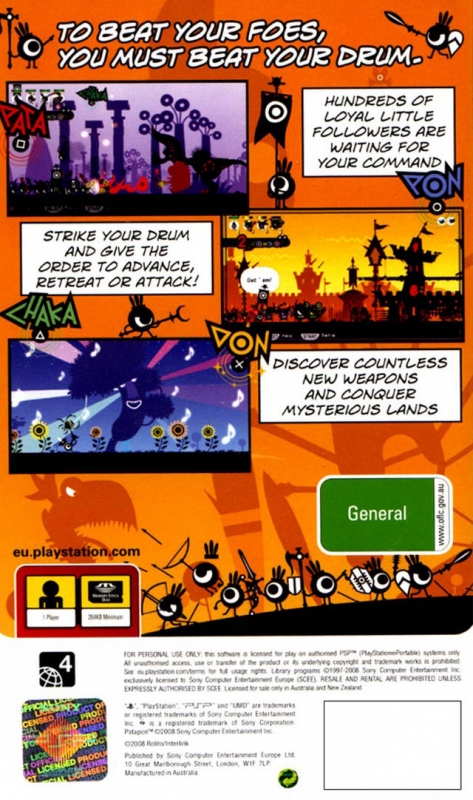 "The drums will shake the castle wall…"

For years the Patapon tribe has lived in the desolate frontier, driven from their home by the evil Zigoton army. Behind the Patapons' cute exterior, lies a fierce warrior spirit that can only be commanded by the beat of their God’s war drum. They wait for the day that the "Almighty" will return, to lead them against their enemies and bring them back to their homeland. Finally, their wait has come to an end as the drums of war are heard once again.