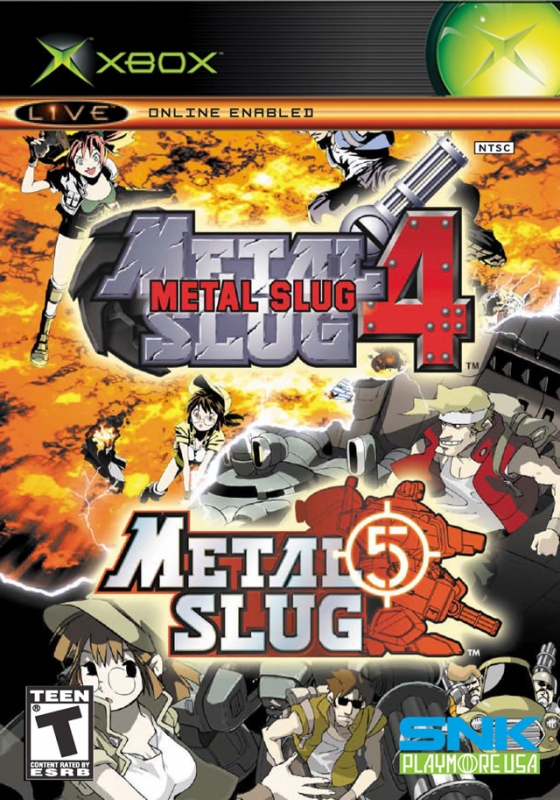 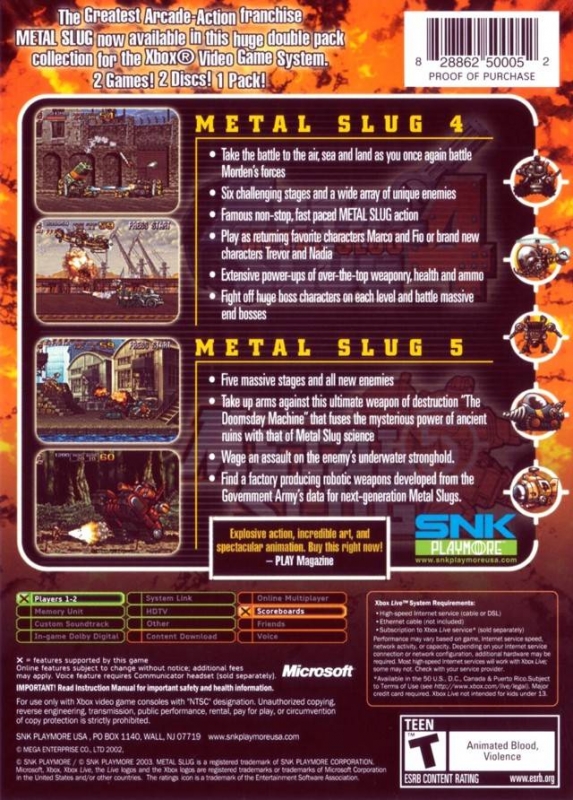 Metal Slug 4 Storyline
In the year 20XX, a cyber-terrorist group has struck out at the world by unleashing a computer virus through the internet with a sole purpose of hijacking the militaries of the world’s nations. Join Marco, Fio, and new Metal Slug team members Trevor and Nadia to stop the distribution of the virus before it’s too late.

Metal Slug 5 Storyline
A research installation developing the next-generation of Metal Slugs is attached by unknown forces and a disc containing Metal Slug secrets has been stolen. Lead Marco, Tarma, Eri and Fio into “The Corridor of Fire” to recover the secrets and destroy the paramilitary syndicate known as the Ptolemaic Army.