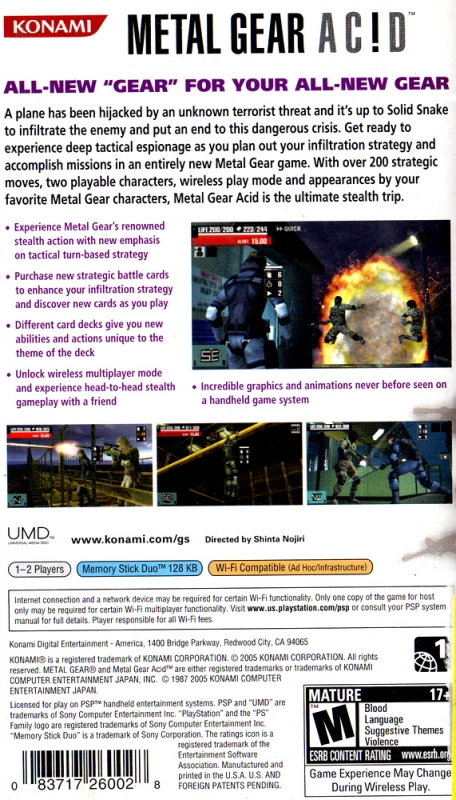 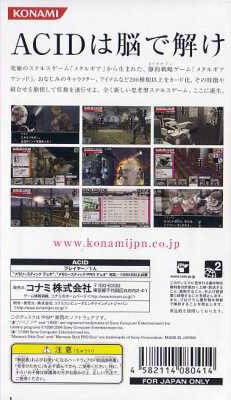 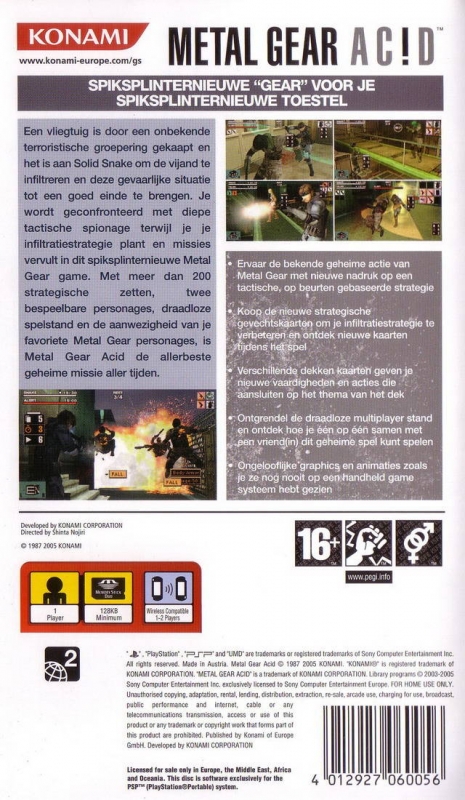 Mercenaries have overtaken a corporate-sponsored research facility on the African Lobito Island, demanding that a secret military project called Pythagoras be handed over to them. Their bargaining chip is a hijacked airliner currently circling the skies, which happens to contain a senator who's a front-runner in the upcoming American presidential elections. With the help of Roger and a child psychic named Alice, Snake's task is recovering Pythagoras and defeat the mercenary group. In true Metal Gear fashion, this is only the beginning of the tale. The storyline wends its way all over the place throughout the game, pitting multiple factions against each other and introducing new characters at a rapid clip. Some of the players in the story may not be what they seem...even Snake himself. Metal Gear Acid tells its story with still artwork and text, rather than employing the same sort of over-the-top cutscenes and voice that helped make the series famous.

The card-combat engine in Metal Gear Acid is thick with depth and complexity, though it will likely take you a while to figure all of it out. The basics are simple enough: You have a store of cards from which you'll build a deck before each mission, and at any given time you'll have a hand of random cards drawn from that deck that represent the actions you can take during the present turn. Some cards are designated solely as move cards, which (obviously) are used to move you a set number of squares around the board. You have to build your deck around your combat style such as Offensive, Stealth, Quick, Heavy, and others. Sometimes you have to fight a boss, and usually your deck is not so effective against him, in those cases you should build a new deck to fight him.