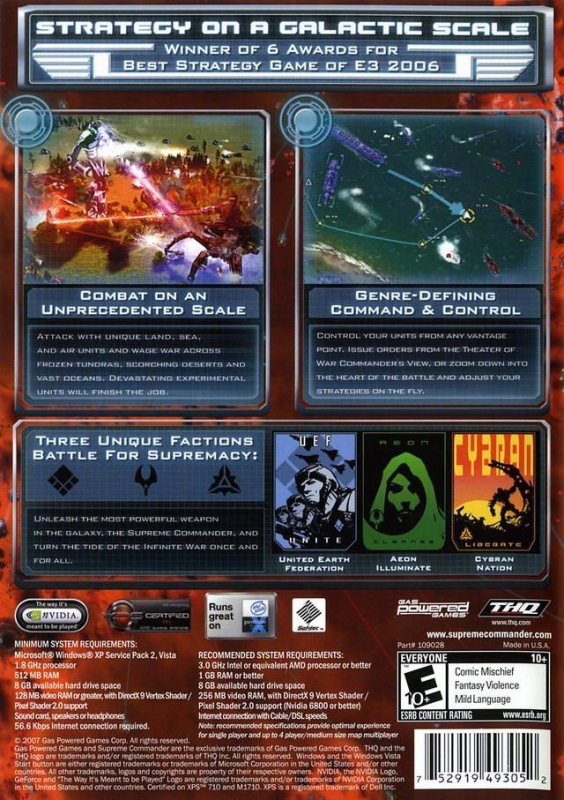 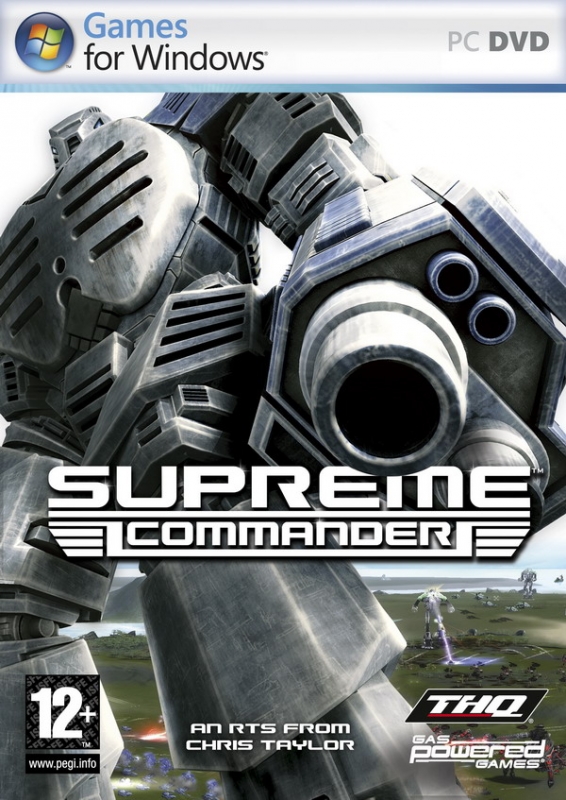 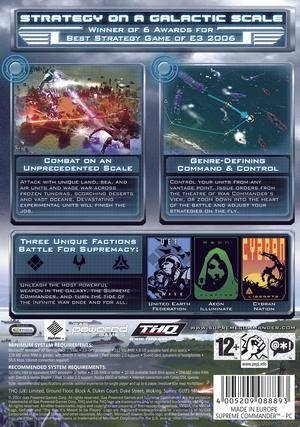 In the 37th Century, you are the Supreme Commanderof three races, with a single goal in mind—to end the 1000 year Infinite War and become the reigning power supreme.

For a thousand years, three opposing forces have waged war for what they believe is true. There can be no room for compromise: their way is the only way. Dubbed The Infinite War, this devastating conflict has taken its toll on a once-peaceful galaxy and has only served to deepen the hatred between the factions.

After centuries of struggle, the battle for supremacy has at last reached a turning point. Under your strategic command and leadership, will your faction will reign supreme? Will you be victorious and elevate your race to domination? Or will you lead them into the hell of defeat and ultimate extinction?

"Incredible graphics and an awesome sense of scale."

"Supreme Commander is taking destruction to a new level—we can't wait to bring on the devastation with the final release." — GameSpy

"This is already one of the most awaited strategy games of 2006." — GameSpot

"I'll readily say that this is one of the first RTS games that's ever had me on tenterhooks." — PC Gamer