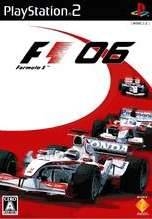 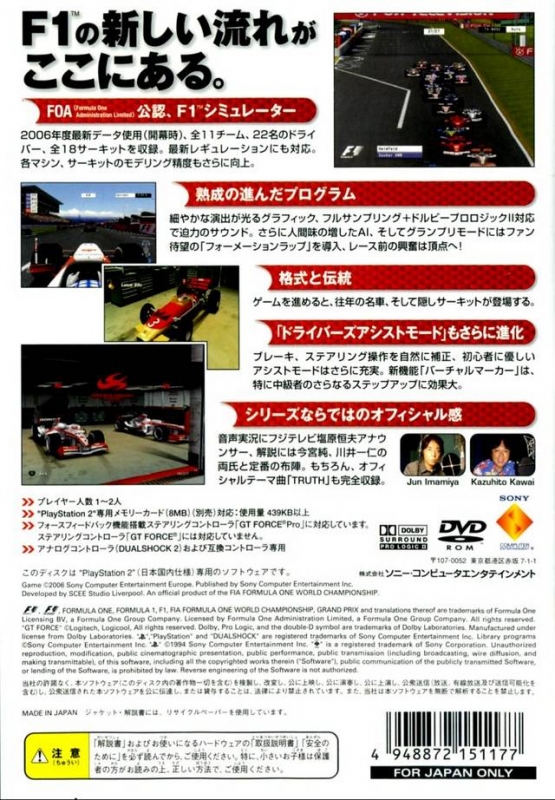 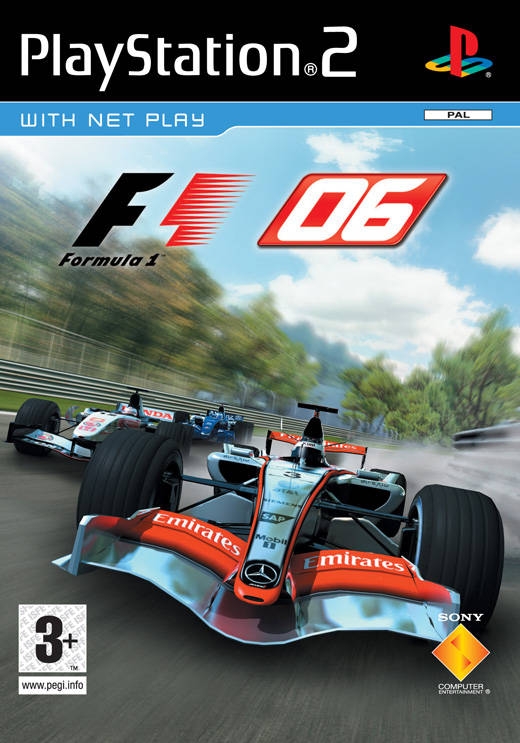 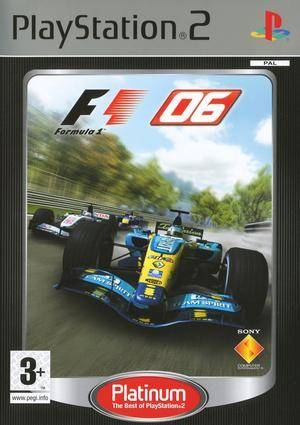 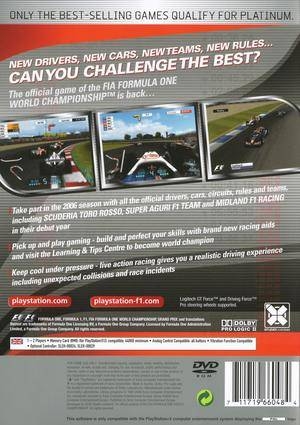 Gameplay:
Formula One 06 is the most realistic F1 racing game yet. Featuring all the new teams and rules, also including a better AI Mistakes system performed by the computer controlled cars while racing.
Features:
Online Play: You can now race online in a complete 18-race season.
Cross Platform: You can race people on the PSP.
Realism: All of the current, up to date Teams, Drivers and Tracks. Pressure system, AI mistakes and collisions, race incidents, new physics.
Extensive Career Mode: Chief Engineer
Classic Cars: Unlock and take the wheel of classic Formula One cars
Race Car Evolution: Tune and set up your car without going through complicated menu screens