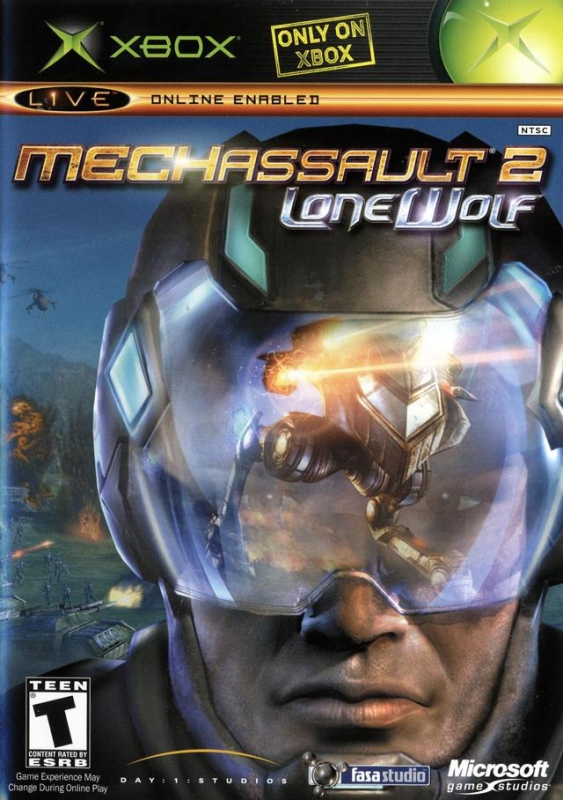 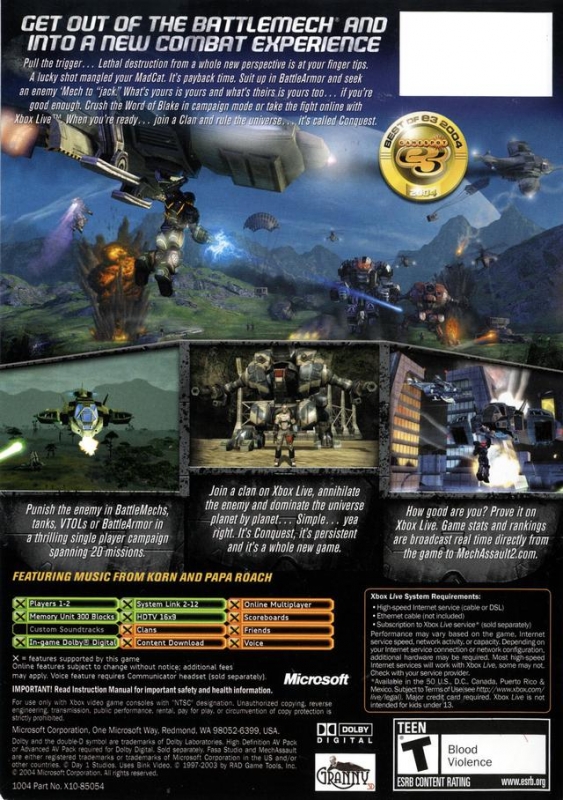 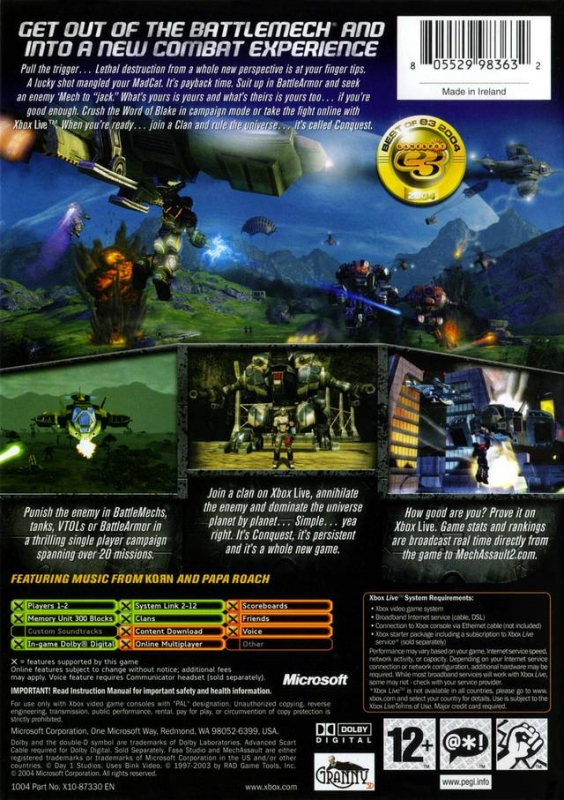 Continuing in the thirty-first century, in MechAssault 2 you'll encounter entirely new experiences in the epic BattleTech world. With 15 fully destructible environments, this third-person action-shooter takes immense destruction to another level.

Choose from a variety of weapons and vehicles—from the stealthy Raptor 'Mech to the 'Mech-jacking BattleArmor—all equipped with different weapon configurations and artillery.

Embark on the brand-new and intensive single-player campaign, or test your teamwork skills in the ultimate online multiplayer arena, strategizing and communicating with teammates via Xbox LIVE®.