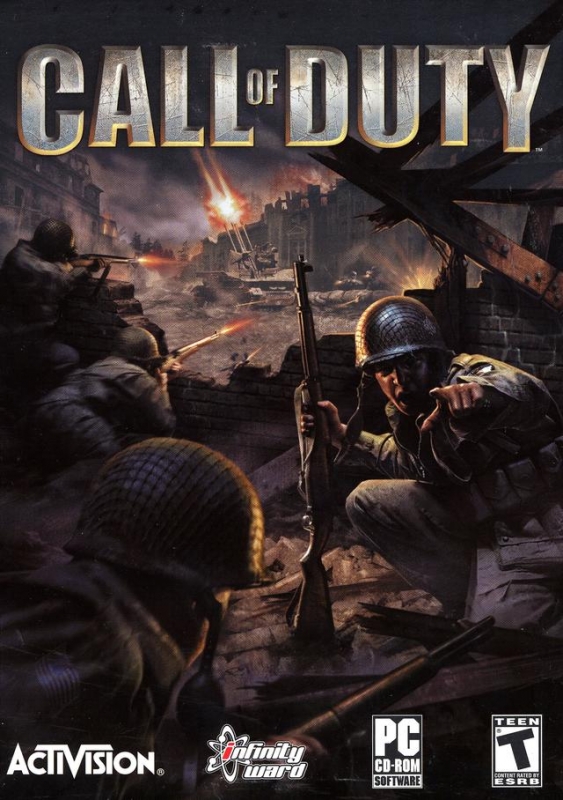 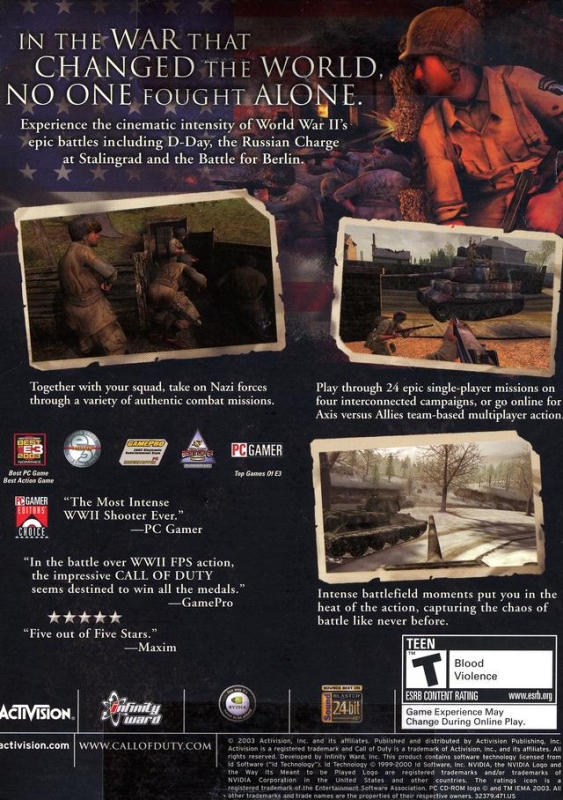 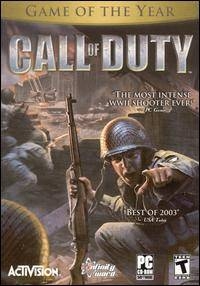 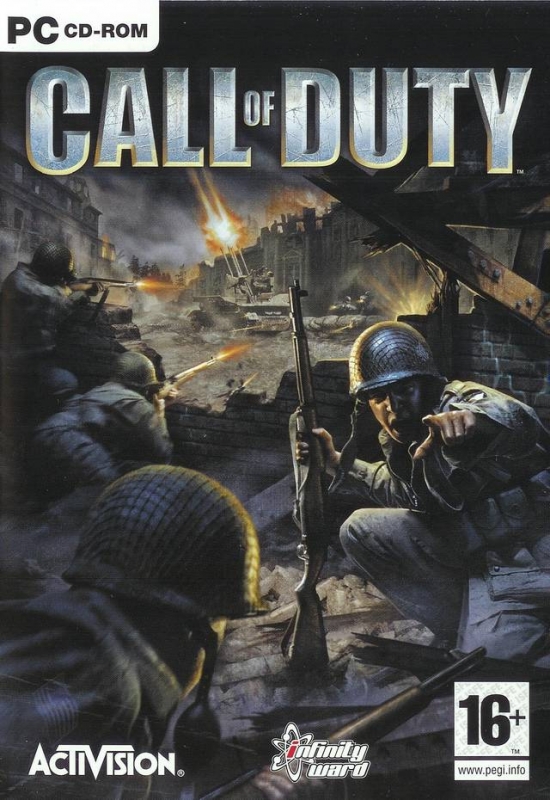 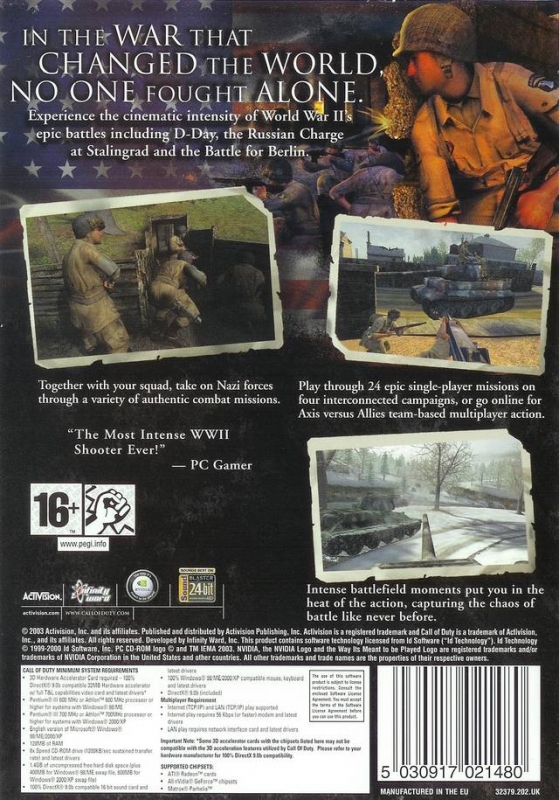 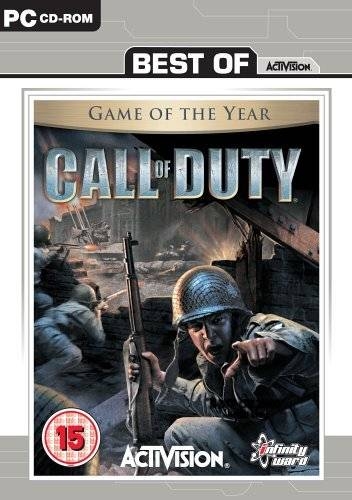 PAL - Front
Game of the Year

PAL - Back
Game of the Year 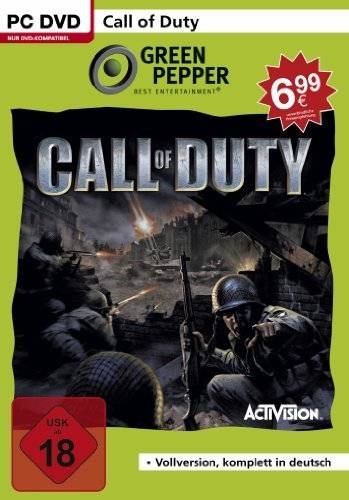 Call of Duty® delivers the gritty realism and cinematic intensity of World War II's epic battlefield moments like never before - through the eyes of citizen soldiers and unsung heroes from an alliance of countries who together helped shape the course of modern history.

Play through the chaos of battle as part of a well-trained squad, that lays down covering fire and pulls its wounded to safety. In addition to authentic squad movements and tactics, each soldier's distinct personality and training comes out on the battlefield.

No one soldier or nation single-handedly won the war. For the first time, Call of Duty® captures the war from multiple perspectives, through the eyes of American, British and Russian soldiers. Battle through 24 missions spanning 4 interconnected historical campaigns. Take on mission objectives ranging from sabotage and all-out assault to stealth, vehicle combat and rescue. Authentic weapons, locations, vehicles and sounds of war all contribute to the realism, immersing you in the most intense World War II experience yet.