In 2007, the PS3 was struggling and was blamed by critics for poor software. That changed, when Naughty Dog's classic was released. Uncharted : Drake's Fortune was probably the highest polished PS3 game when it was released. 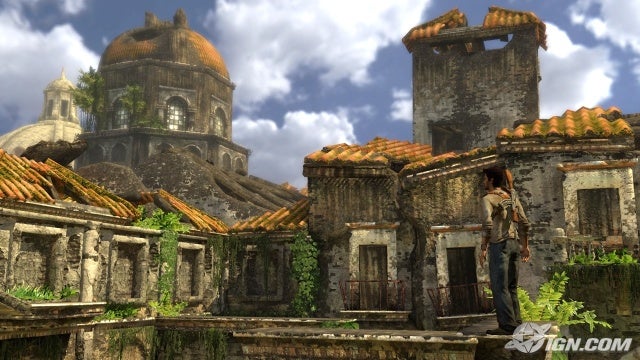 Uncharted follows the story of a treasure hunter, Nathan Drake who has discovered the diary of legendary British explorer Sir Francis Drake ( who happens to be his ancestor). Drake, along with Sully and Elena, embark on the quest for "el dorado" , but unsurprisingly things go VERY wrong. It is almost like an Indiana Jones movie and the cutscenes are well mo-capped. Though a bit cheesy, the story will have you guessing. Voice acting is awesome.

The Graphics and Audio

My first thoughts about the graphics were - "HOLY SHIT ! This looks AWESOME ! ". Though there are minor screen tearing problems, it can be easily ignored. The lush jungle areas are filled with greenery and waterways. The game is very colourful - something that has been rare this gen. The sunset in chapter 3 where you look through the waterfall looks awesome. It blows you away. The water effects are awesome. The level of detail was unparalleled at its time. The animations are very good - you can see their facial expressions very well.Graphics and story are the strengths of this game. 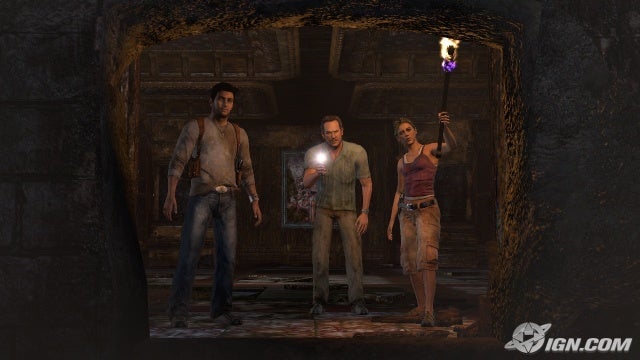 Audio is fine, but nothing special. The soundtrack is awesome though. It screams of high production values.

The gameplay includes platforming elements and cover heavy third person shoot'em action. It is very fun and addictive. Naughty Dog never fails to impress me. Though the melee combat is kinda bad, everything else is perfect. Other than the shooting and platforming in the early parts of the game, there are vehicle sections too - on a Jet ski and a truck. There are no boss fights, because they are not needed.

Watch out for a pleasent change of gameplay in the latter stages.

Naughty Dog has made a damn good action/adventure game with Uncharted. Its edge of the seat gameplay, story and jaw dropping visuals will keep you hooked. The game is about 8-10 hours long. What it lacks in length, it makes up with quality. Uncharted may be 1 and a half years old, but it is still worth 60$ in my opinion. 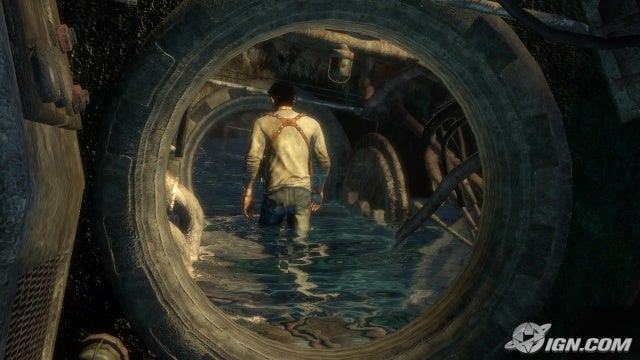 If you are having second thoughts, wait till  its re-released as a Greatest hits title (Europeans have no excuses) or buy it with Uncharted 2 this fall. You will love it. If you don't it will be very hard to satisfy you with any game.Oh and it has trophy support you trophy whores !