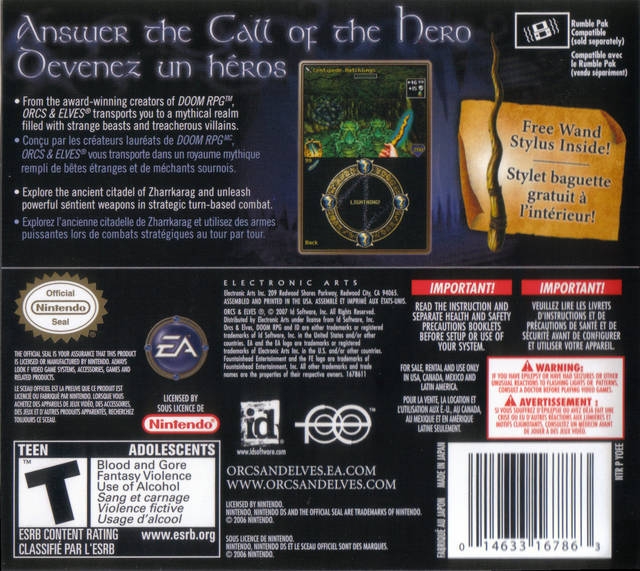 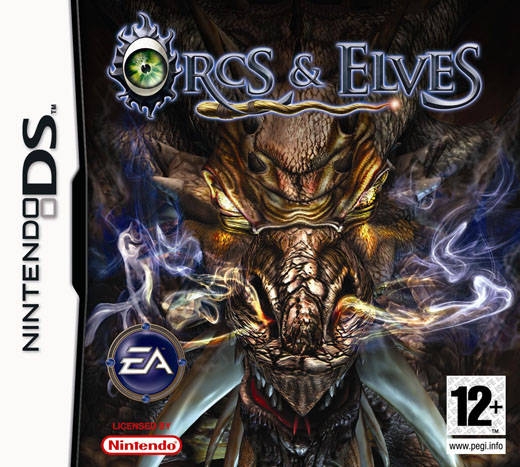 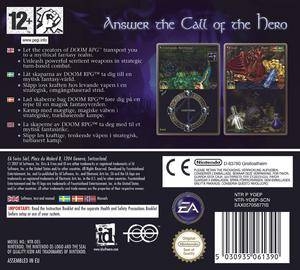 Enter an ancient and magical world where good and evil collide in an epic adventure with Orcs & Elves™ for Nintendo DS™.

As a young half-elf, a player will explore the ancient mountain-citadel of Zharrharag, a massive Dwarven fortress riddled with ancient treasure, powerful weapons, and waves of ruthless enemies.

Gamers can use the DS touch screen to solve devious puzzles, overcome deadly traps and unleash magical powers with an arsenal of arcane items like magic potions, enchanted rings, dragon scale armor and an enchanted wand.

Gamers will find and master thirteen mystical weapons including magical swords, deadly crossbows, and a powerful war hammer as they fight through waves of legendary beasts each with their own tactics and powers. Along the way, players will also befriend unique characters such as an ancient dragon to help them fight their way into the deepest reaches of the mountain fortress on a quest to expel the ultimate evil from the mountain’s core.

• Explore a Dungeon Teeming with Adventure: Travel through a Dwarven citadel’s twelve massive levels, each riddled with evil forces and ancient treasure.

• Master Unique Weapons and Items: Wield extraordinary weapons including a sentient wand, a powerful warhammer, and magic swords. Use the DS Touch Screen to cast spells and make use of magic potions, enchanted rings, and dragonscale armor.

• Unravel an Award-Winning Storyline: With over ten hours of handheld gaming, escape to a place of adventure, mystery, and sorcery with Orcs & Elves, the new first-person adventure from id Software and Fountainhead Entertainment.

• New For the DS: A 3D game engine, new creatures, three new levels, new potions, and four new spells will thrill even the most seasoned adventurer, giving them reason to journey back into Zharrharag.