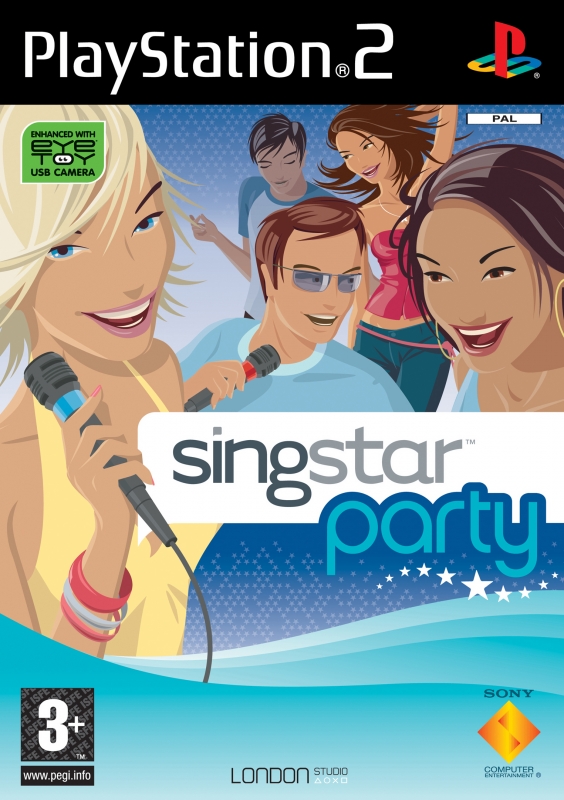 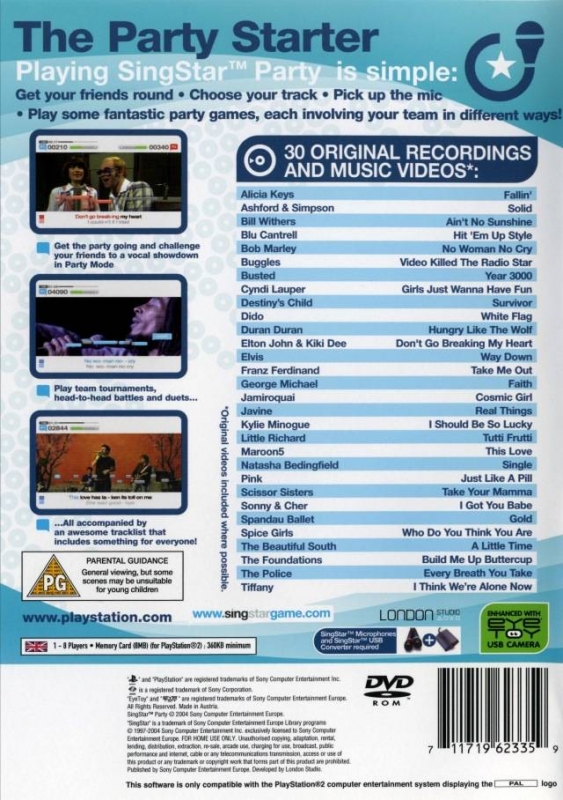 The original SingStar tapped into our urge to be a star, and now it has returned as SingStar Party - a package guaranteed to turn every social occasion into a singalong! This time around, the emphasis is on getting everyone involved, with a massively varied list of 30 new songs, and a selection of brand new multiplayer modes - including, for the first time, a proper duet mode. Duets allow two players to sing both parts of a song, so for example, one player can rattle off Elton John's lines in 'Don't Go Breaking My Heart', while the other croons away as Kiki Dee. That's not the only multiplayer option, though. SingStar Party can host competitions for up to eight players, thanks to new 'Pass the Mic' team games, which feature a variety of different singing challenges - solo rounds, combined duets, random battles and surprise singer selections to name but a few. Of course, none of this would matter if the songs weren't up to scratch - but SingStar Party features a stunning playlist of thirty tracks, encompassing timeless classics and contemporary favourites. The only thing they've all got in common is that they're great fun! From Franz Ferdinand to Bill Withers, there's something here for everyone.