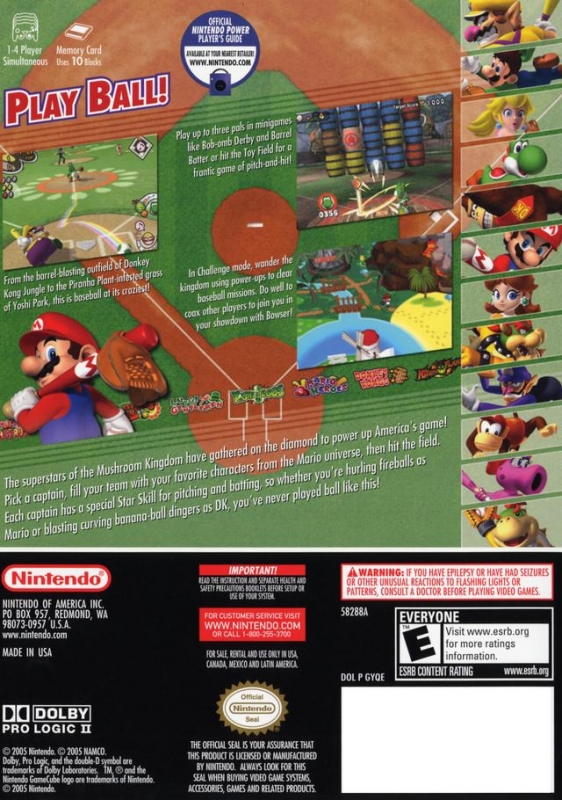 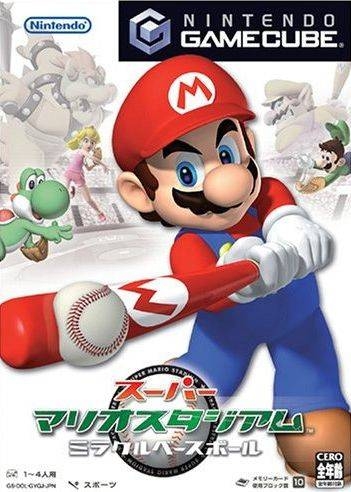 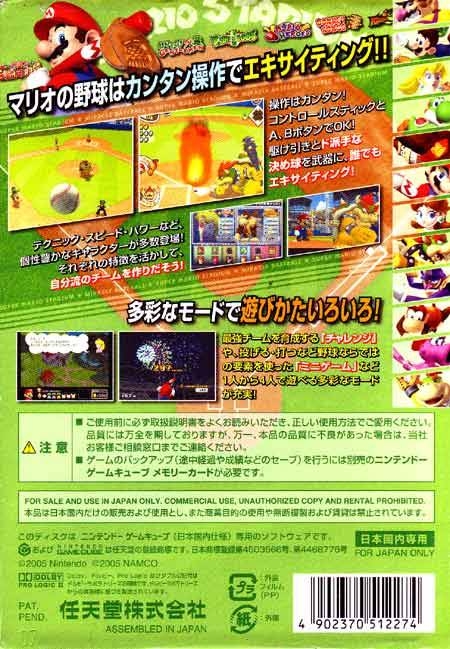 The Superstars of the Mushroom Kingdom have gathered on the diamond to power up America's game! Pick a captain, fill your team with your favorite characters from the Mario universe, than hit the field. Each captain has a special Star Skill for pitching and batting, so whether you're hurling fireballs as Mario or blasting curving banana-ball dingers as DK, you've never played ball like this!

Play up to 3 pals in mini games like Bob-omb Derby and Barrel Batter or hit the Toy Field for a frantic game of pitch and hit!

From the barrel-blasting outfield of Donkey Kong Jungle to the Pirannha Plant-infested grass of Yoshi Park, this is the Baseball at its craziest!

In Challenge mode,wonder the kingdom using power ups to clear baseball missions. Do well and coax other players to join you in the showdown with Bowser!

Source: *back of the box*