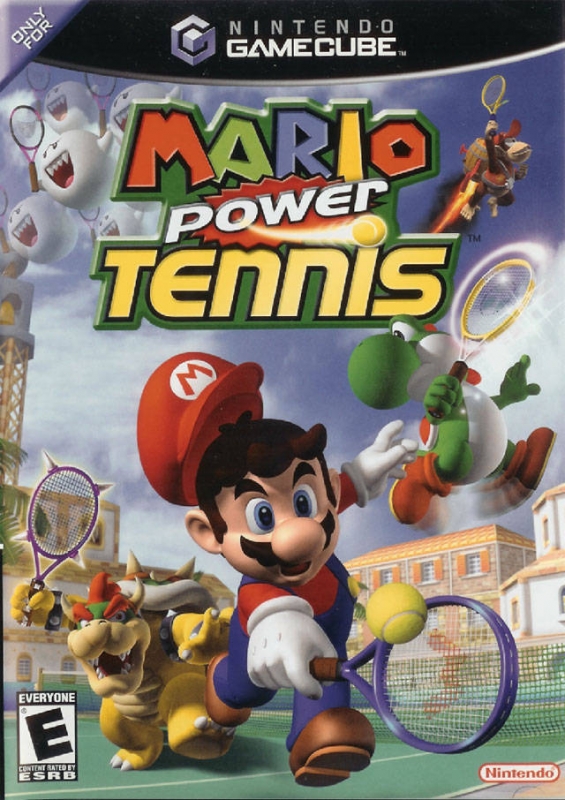 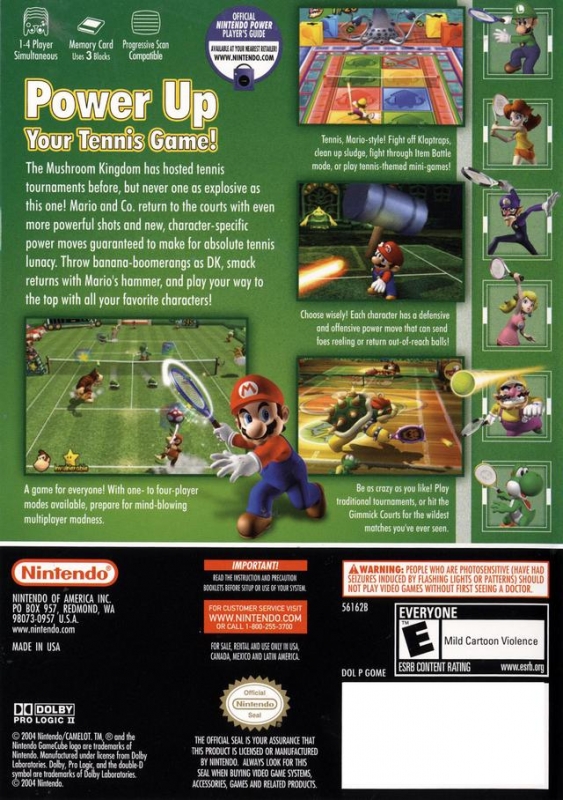 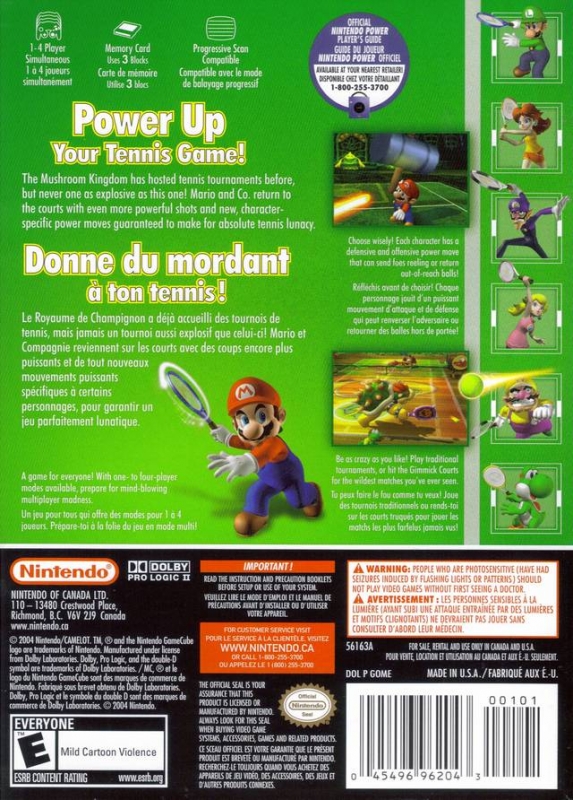 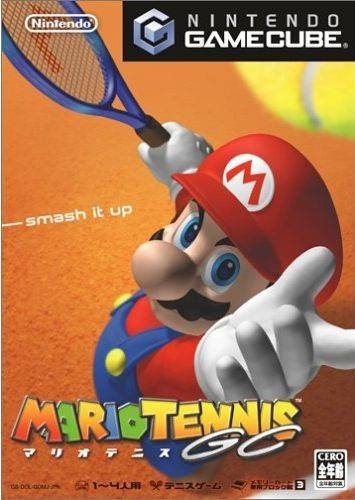 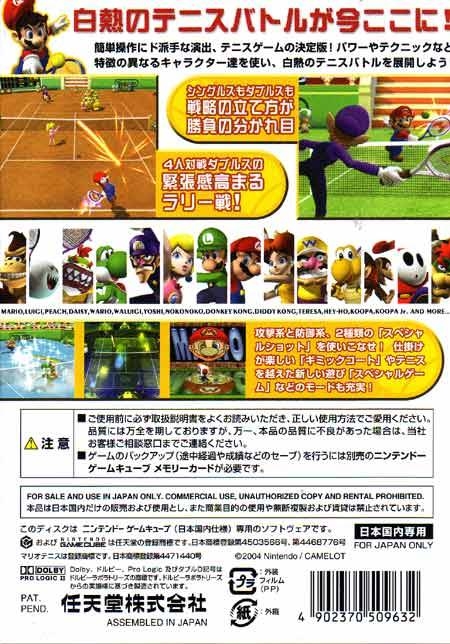 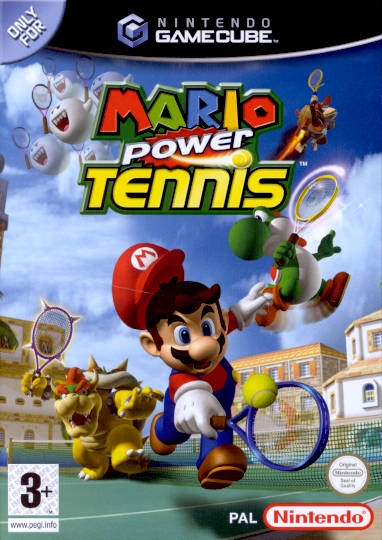 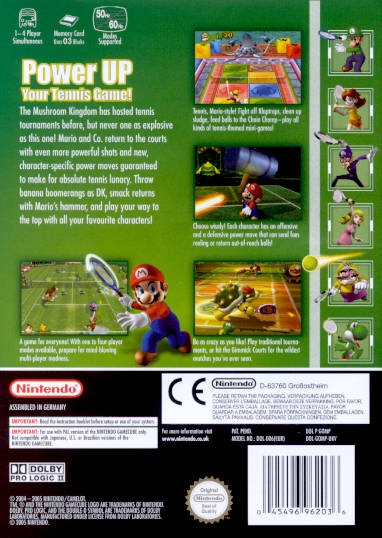 Power up your tennis game!

The Mushroom Kingdom has hosted tennis tournaments before, but never one as explosive as this one! Mario and Co. return to the courts with even more powerful shots and new, character-specific power moves guaranteed to make for absolute tennis lunacy. Throw banana-boomerangs as DK, smack returns with Mario's hammer, and play your way to the top with all your favorite characters!