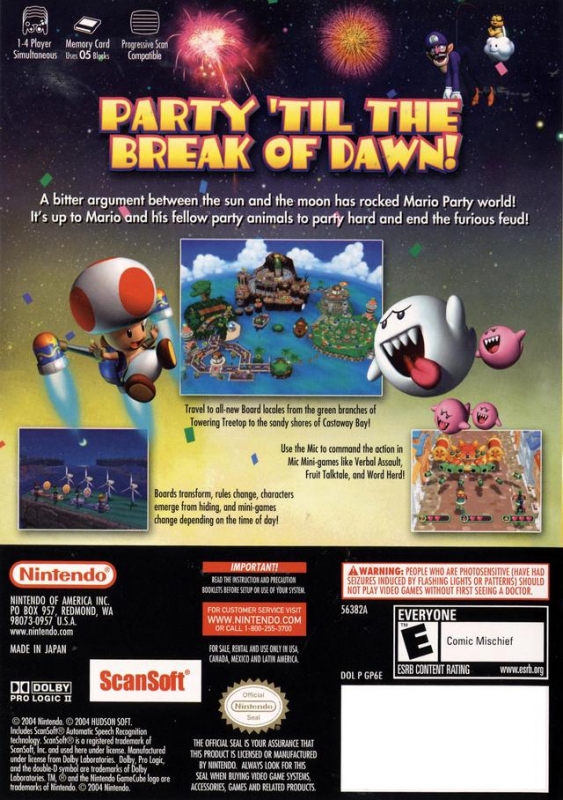 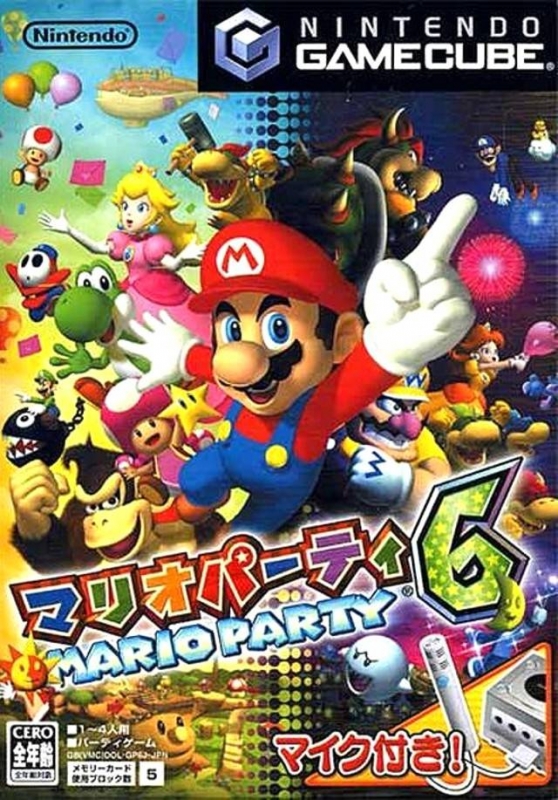 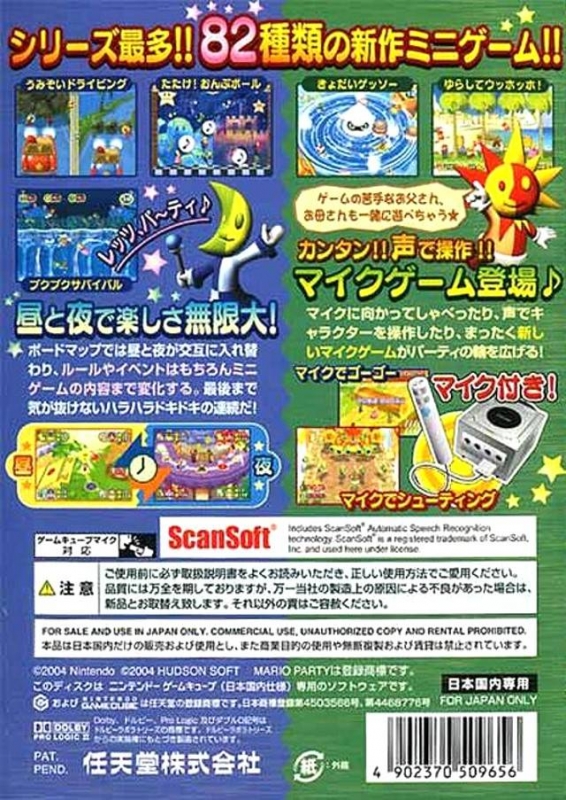 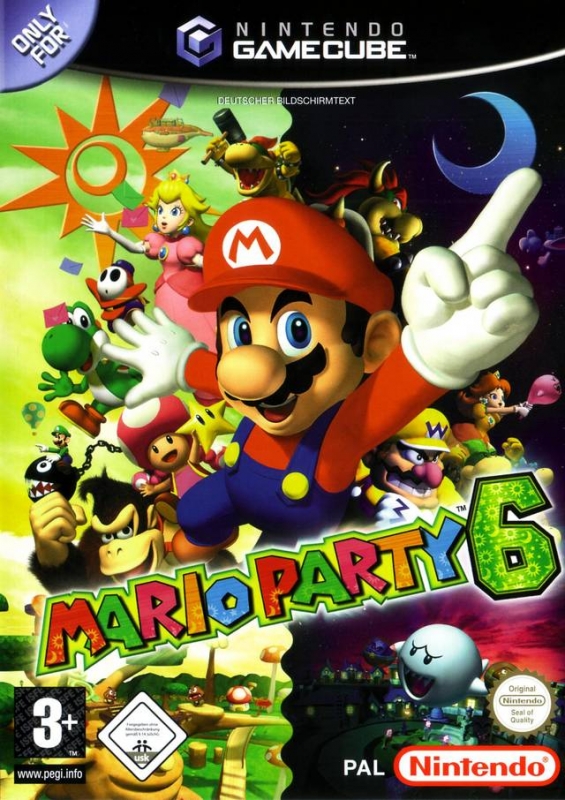 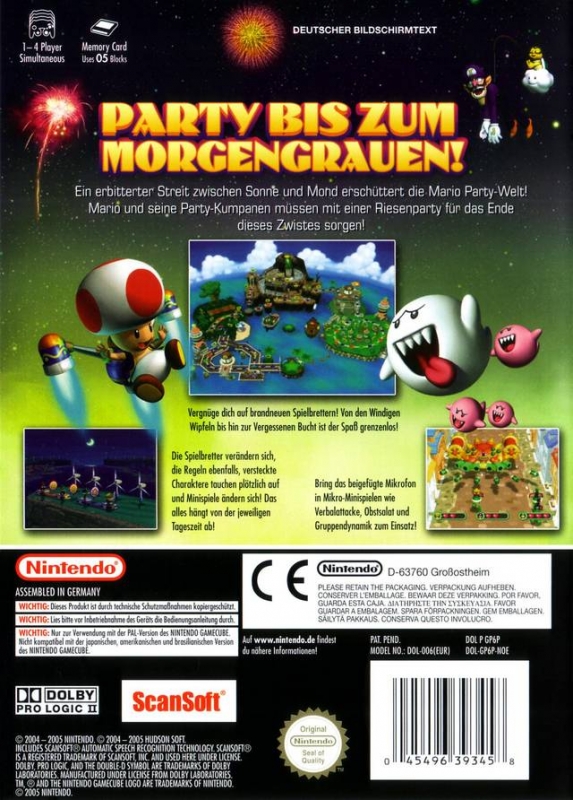 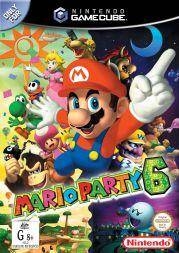 Game Storyline: The Mario Party series returns with more of everything. In the single-player Story mode, Brighton and Twila – otherwise known as the sun and the moon – are embroiled in a bitter feud over who's more impressive. It's up to Mario and his party-hearty cohorts to settle the spat and restore order to the cosmos. Multiplayer Party mode features more than 75 all-new mini-games and six game boards.

How to progress through the game: In Party mode, players take turns traveling around game boards while competing with friends (or CPU players) for coins and stars in frantic mini-games! Story mode offers a strong single-player experience. In Mic mode, players speak into the Mic to answer questions in a game show.

Special powers/weapons/moves/features: Included Nintendo GameCube Mic gives gamers the power to play mini-games by issuing voice commands, and lightning-fast movement around the board gives Mario Party 6 a much faster feel than previous games in the series.