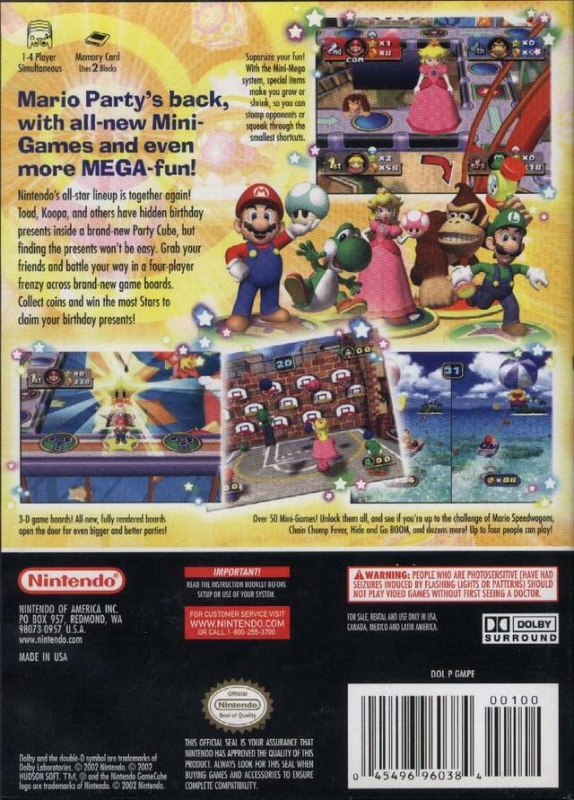 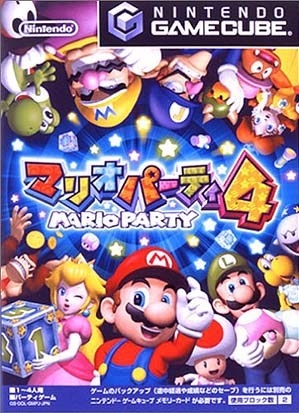 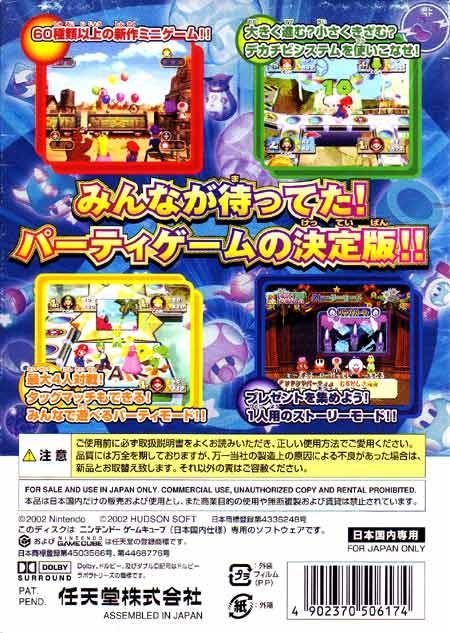 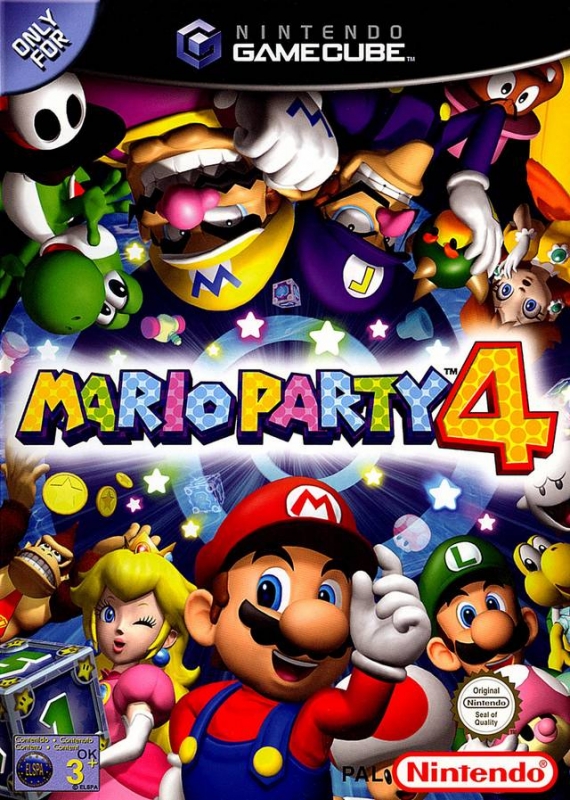 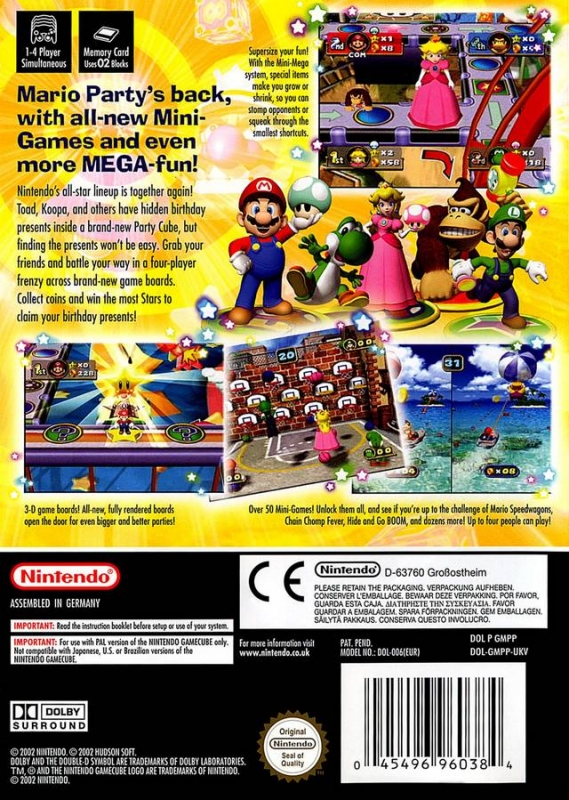 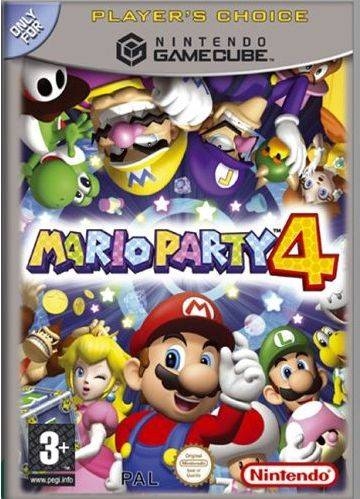 Multi-player pandemonium hits NINTENDO GAMECUBE with Mario Party 4, which includes 50 all-new mini-games and multiple fully rendered 3-D game boards. Nintendo's favorite bunch of characters is back; Koopa, Toad and the others have prepared many maps inside the Party Cube. By rolling the virtual dice and advancing through mini-game trickery, you'll play for the hidden stars.