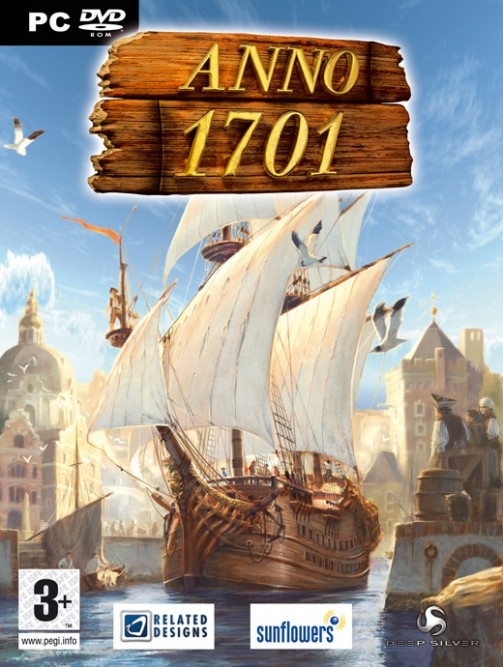 1701 A.D. is a unique empire building simulation set in the 17th and 18th centuries. In this third episode of the incredibly successful series, players are immersed in the golden age of exploration and trade, where they set out to discover and inhabit new islands – islands that will soon be home to huge cities. Players are tasked with establishing, expanding and maintaining a flourishing medieval metropolis while interacting with other players through trade, diplomacy or military conflicts. 1701 A.D. presents players with a 3D gaming world bursting with life from the vibrant citizens, to the incredibly varied flora and fauna to detailed animated animals.

• Information mode, in which 3D symbols appear to give players instant information on resources and buildings.

• More than 100 sub-quests that reward the player for performing various tasks.

• Multiplayer mode allowing up to 4 gamers to play over a LAN or the Internet in Player vs. Player or Co-Op modes.

• Secret operations, such as sabotage, espionage, and demagoguery, build greater interaction between parties.

• Queen feature provides help to players during lower levels and introduces challenges as the game progresses.

• Village center, which is the hub of the settlement, provides players with a real-time gauge of the city’s progress through the appearance of the center and the activities of its inhabitants.

• Optional military elements allowing for unit troop formations and troop feedback as they take part in spectacular battles on land and at sea.

Min System Requirements:
* This product does not support Windows 95/98/ME.

Notice: For playing in multiplayer mode one DVD is needed in each participating PC. For more than two players, 1 GB of system memory is required.