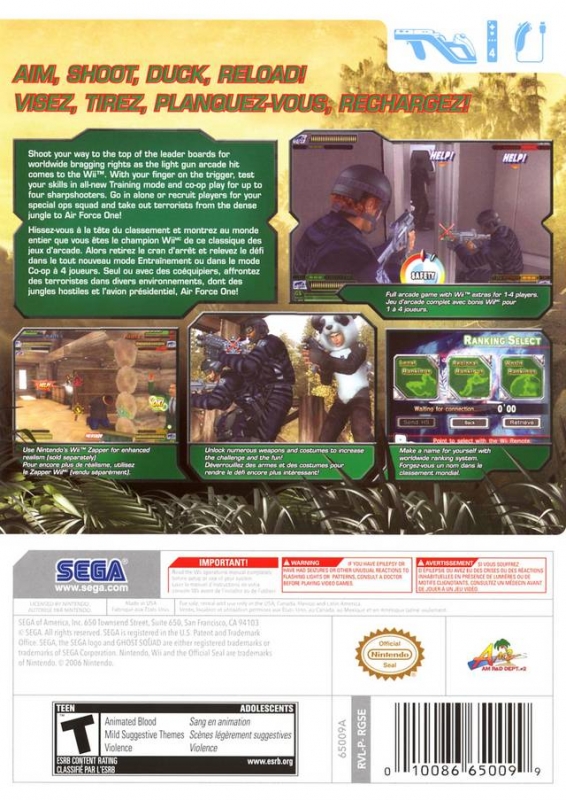 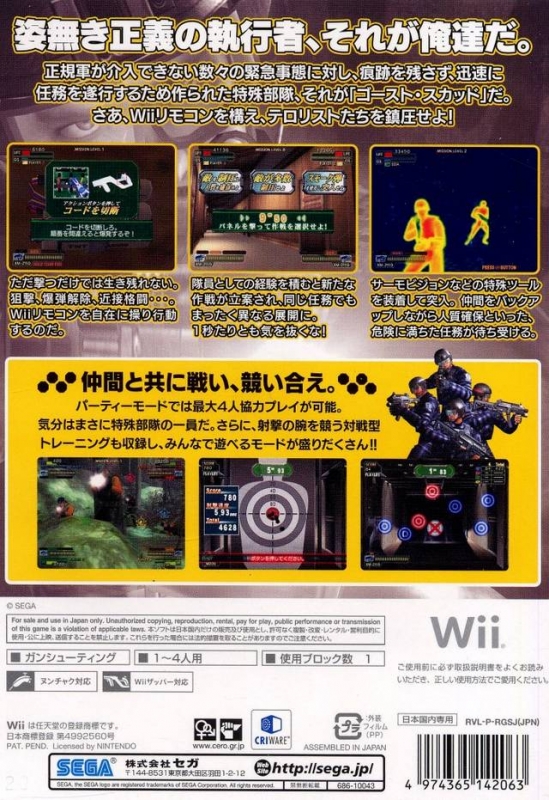 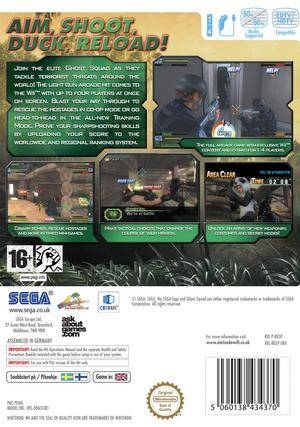 The Ghost Squad is a Special Forces unit established in strict secrecy by the U.N. to combat terrorism and carry out special highly-classified missions without leaving a trace. As an elite member of the Ghost Squad, players will complete dangerous missions such as eliminating terrorist groups, releasing hostages, deactivating bombs, and even rescuing the US President when terrorists hijack Air Force One! Using the Wii Remote, players will utilize revolutionary selectable weapons including a high powered rifle, sub machine and shot gun, or even engage in hand-to-hand combat.