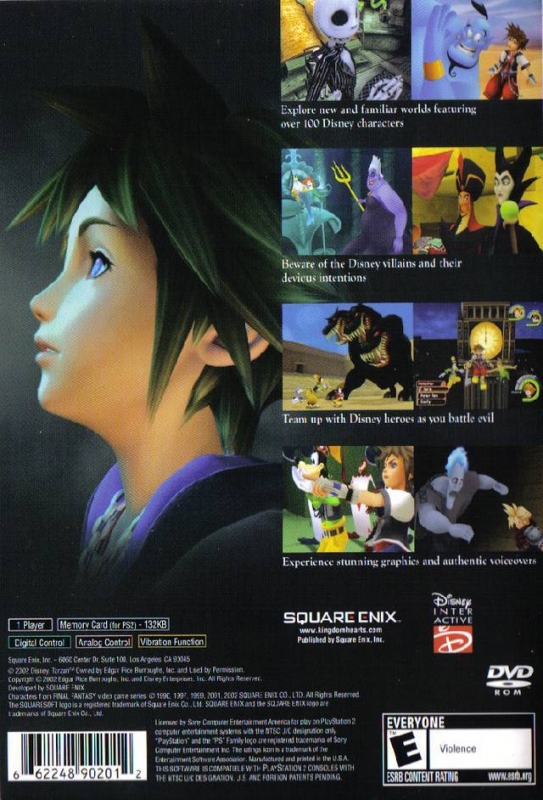 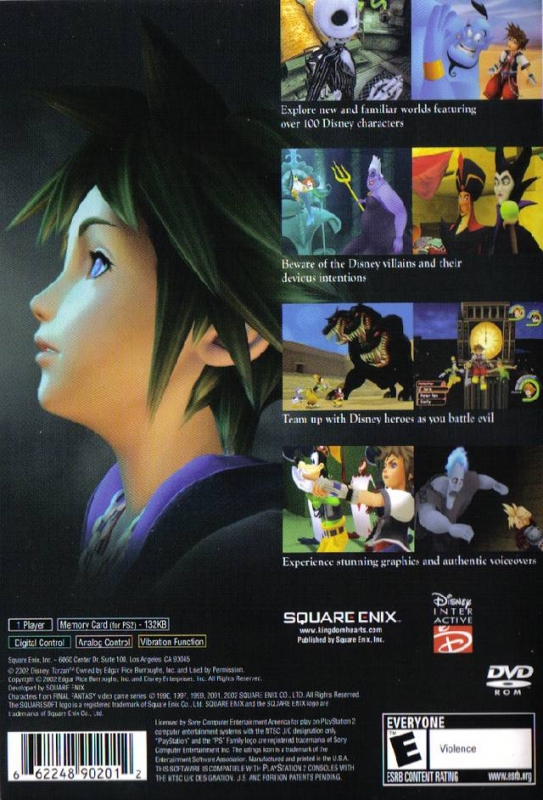 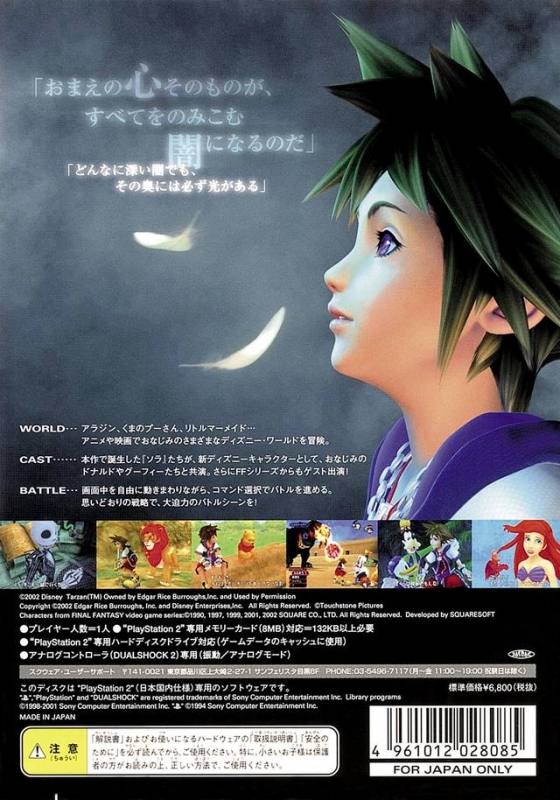 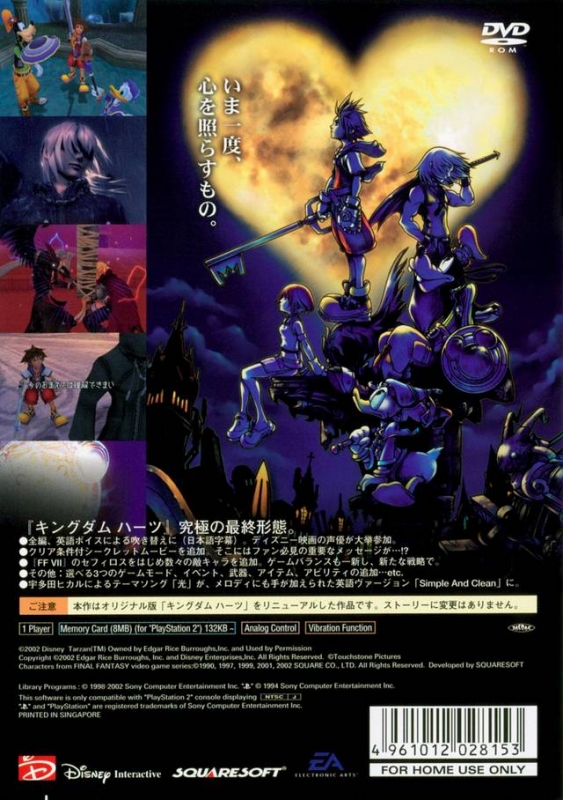 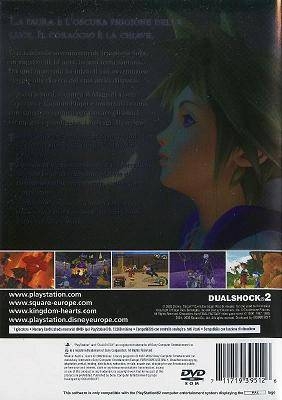 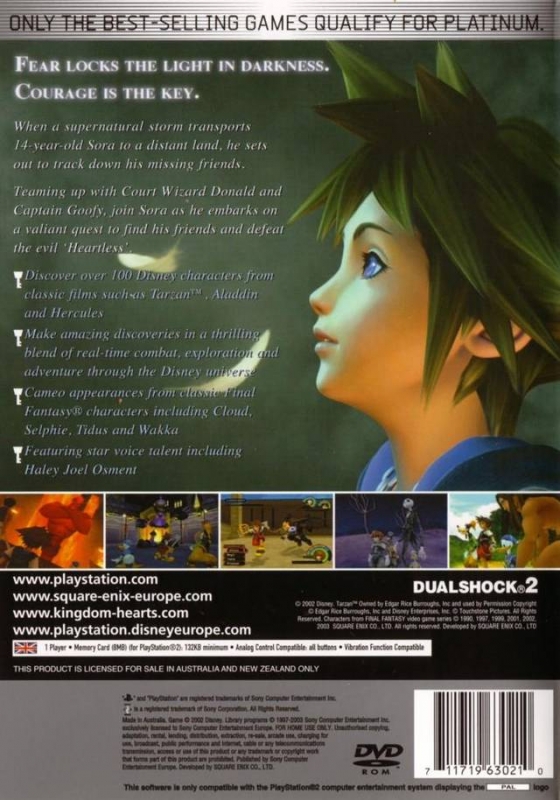 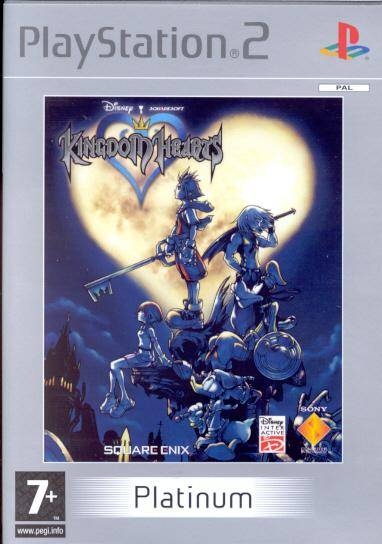 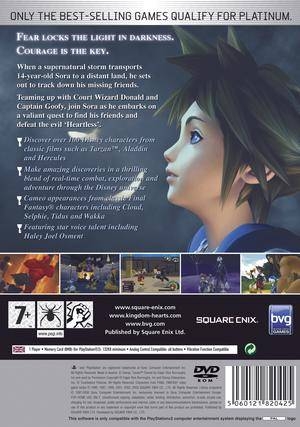 Kingdom Hearts is the story of Sora, a 14-year-old boy whose world is shattered when a violent storm hits his island-paradise home, and he is separated from his two closest friends, Riku, a 15 year-old boy, and Kairi, a 14 year old girl. At the same time, there is turmoil in Disney castle. King Mickey is missing, and Court Wizard Donald and Captain Goofy set out to find him. On their travels they meet Sora on his own search for his lost friends. The three are told of ominous creatures known as the Heartless - beings without hearts derived from an unknown dimension and as it turns out, manipulated by Disney villains and the ones responsible for the devastating storm. Upon discovering the link between the Heartless, the storm and the disappearance of King Mickey, Sora, Donald and Goofy join forces and help familiar Disney heroes to save their worlds from the Heartless.

The new Disney characters making their debut in Kingdom Hearts are developed by Tetsuya Nomura, best known for his creations in the breakthrough titles Final Fantasy VII, VIII and X. From a production team of more than 1OO of SquareSoft and Disney's most creative talent, Kingdom Hearts fully exploits the technological possibilities of the PlayStation 2 computer entertainment system in an epic tale of adventure, heroism and, ultimately, the sacrifice of what is held dearest for the greater good. This is the first time characters frorn different Disney films come together in one interactive product. With Kingdom Hearts you can embark on a magnificent journey of adventure and imagination across familiar Disney worlds and enchanting new lands.