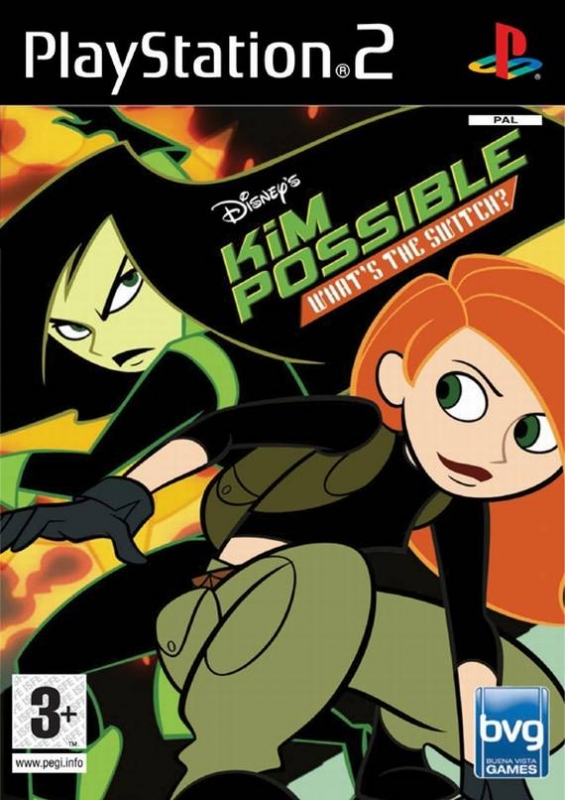 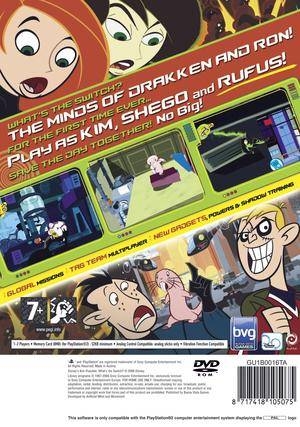 THE MINDS OF DRAKKEN AND RON!

Kim Possible and Shego are like oil and water, matter and anti-matter: they don't mix. Kim is all about acrobatic finesse and fighting for good, and Shego uses her awesome strength to fight for evil. And , if they're ever in the same room... lookout fireworks are gonna fly!

That is, fireworks flew until Kim's pal Ron Stoppable's brain was switched with Dr. Drakken's brain. Kim and Shego aren't sure how it happened (something about a "Monkey Idol"), but now the former arch-enemies must work together to put Ron and Drakken's brains back where they belong.

If they succeed... will the pair remain allies afterwards?

FOR THE FIRST TIME EVER... Play as KIM, SHEGO and RUFUS! Save the day together! No Big!