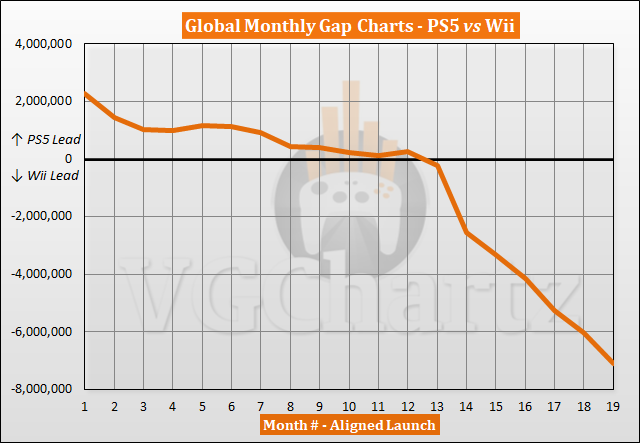 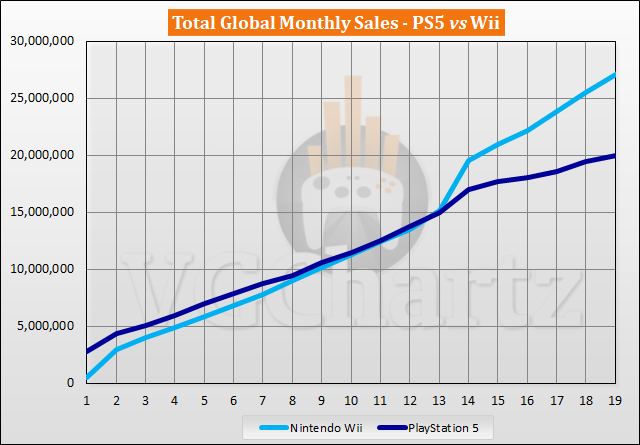 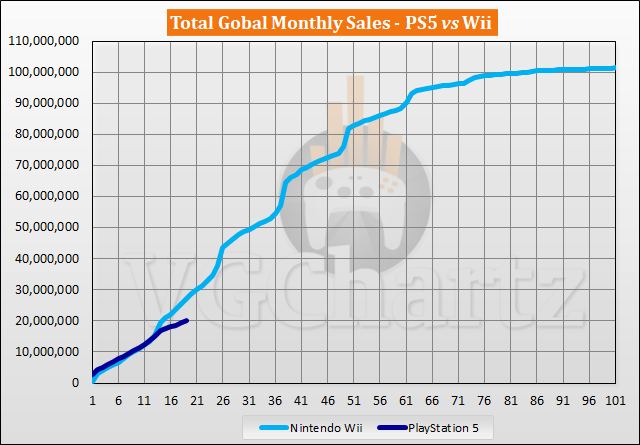 May 2022 is the 19th month the PlayStation 5 has been available for. In the latest month, the gap grew in favor of the Nintendo Wii when compared to the aligned launch of the PlayStation 5 by 1.06 million units.

Initially, I assumed PS5 would win this in the end but with ongoing supply issues, hitting 100 million isn't guaranteed.

It depends how quickly the supply issues are resolved and how long this generation ends up lasting.

I feel it will still reach 100 million but the ongoing supply issues have made reaching the 117 million or so needed to pass the PS4 hard because while at the moment a strong rebound means reaching 100 million or even passing the PS4 is still not out of the question, with every passing month it takes to get supply on track the smaller that rebound will be and that's the unknown factor in where the PS5 numbers end up.

That seems like a reasonable prediction. I think it will end up somewhere between the PS3 and PS4.