Switch vs Wii Sales Comparison in the US - March 2022 - Sales 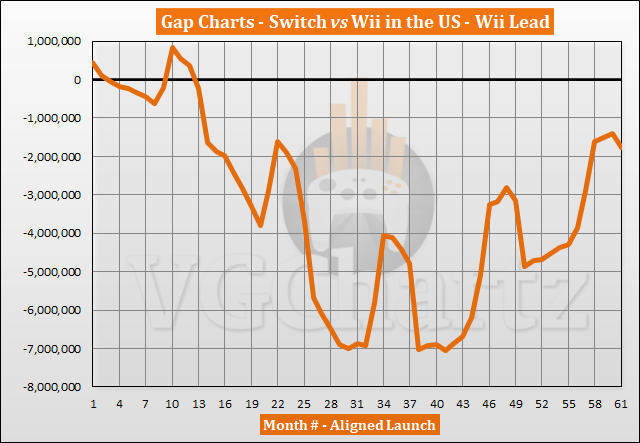 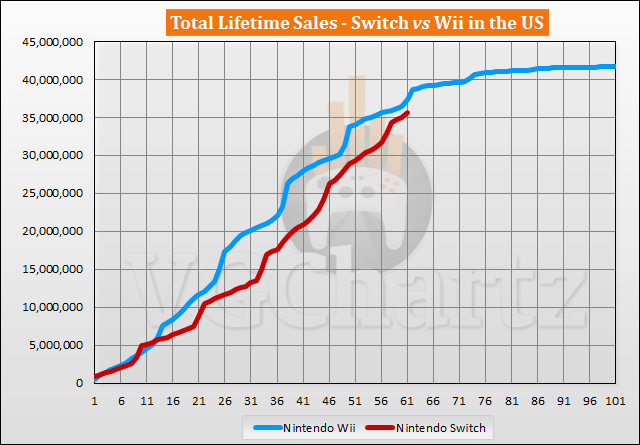 March 2022 is the 61st month that the Nintendo Switch has been available for in the US. During the latest month, the Wii has grown its lead over the Switch when you align the launches by 354,128 units.

The 61st month for the Nintendo Switch is March 2022 and for the Wii it is November 2011. The Switch has sold 35.62 million units, while the Wii sold 37.38 million units during the same timeframe. The Wii sold current Switch sales in month 57.

The Wii sold 41.70 million units in the US during its lifetime. The Switch needs to sell another 6.08 million units to outsell the Wii.

Next holiday season should be enough to close this race.

Switch sales are right there!

I think we are definitely going to see a future not too far off where Switch overtakes Wii sales. That is insane when you actually think about the juggernaut that was the Wii and all the hysteria that thing caused.

-RECORDS WERE MEANT TO BE BROKEN NINJA APPROVED-