Activision Blizzard CEO in an interview with GamesBeat discussed the deal with Microsoft acquiring the company for $68.7 billion.

He excited for the opportunities for Activision Blizzard will have working under Microsoft with the amount of resources available. He has wanted to make a new Guitar Hero, as well as a new Skylanders. However, he says the company did not have the resources to make this happen.

"You look at all the opportunities that we get with a company like Microsoft," said Kotick. "I’ll give you one great example. Phil and I started riffing on things for the future. I’ll give you three that are really compelling. I wanted to make a new Guitar Hero for a while, but I don’t want to add teams to do manufacturing and supply chain and QA for manufacturing. And the chip shortages are enormous. 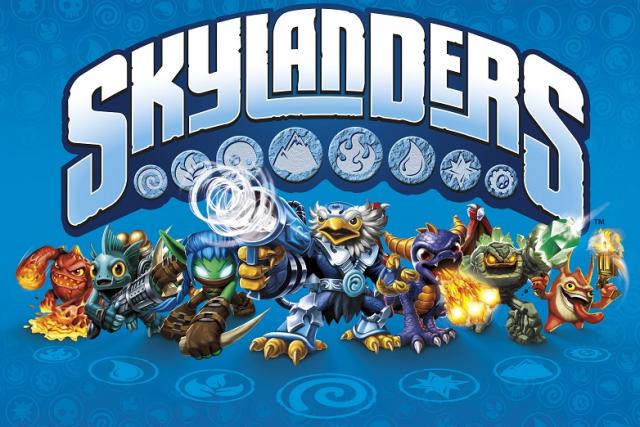 "We didn’t really have the ability to do that. I had a really cool vision for what the next Guitar Hero would be, and realized we don’t have the resources to do that. And Skylanders too. One of the great disappointments of my career is that other people came in and they came out with crappy alternatives.

"And they dumped all of these crappy alternatives in the market, and basically destroyed the market for what was a really cool future opportunity. If you look at Skylanders, with its hardware and manufacturing and supply chain, there are the same kinds of things that we can’t do but Microsoft can."

I'm surprised Kotick is making any big statements to the press. You'd think he would want to just wait in obscurity until the deal is done and he can retire from the public eye.

This. That's exactly what I thought would happen. Maybe Kotick is trying to resuscitate his legacy. Spoiler alert, he won't be able to.

His legacy is nothing but one of abuse and bullshit.

I can't wait for Microsoft to take control of Activision's HR, and start busting heads and cleaning house.

I wish they could leave flaming bags of shit on Bobby Kotick's doorstep.

Eh, how bout a new Warcraft?

RTS-style, as in Warcraft IV? Yeah, it's about time.

One of the positives of this consolidation is indeed the possibility for MS to revive all those neglected IPs. I bet we would be in the year 2030, and had Activision still been run by Kotick, 90% output would be CoD. Let's see what MS does with Activision IPs.

They are finally more than in a good position to diversify their first party output, and even experiment with new IPs and game concepts. The amount of studios they have should insure that even if they take some risks with some projects, the rest of their more tried-and-true catalogue will recoup for the losses such unique projects can bring.

Now, if only it was in MS’s DNA to push for that kind of projects…

I call bullshit on Activision Blizzard not having the resources to make another Guitar Hero or Skylanders. Like, really? They are easy to milk franchises, probably more so than Call of Duty, because they don't need insane graphics to draw attention.

I think with Guitar Hero and Skylanders, it's partially a matter of physical resources. I worked at Best Buy at the time Skylanders and Guitar Hero were waning, and there were tons of unused plastic crap clogging our store rooms for a while. I would imagine that a good deal of them got sent back to Activision (there's usually some sort of guarantee with that kind of thing) and if Activision miscalculates, they wind up with a ton unsellable junk. It's more risky than you'd think. Gambling on the UDraw pad was the final blow to THQ.

Doesn't change the fact that the company had plenty of resources to push these franchises further.

I think if they do a new Guitar Hero, it will be super safe, unlike Guitar Hero Live. Maybe something as simple as a Guitar Hero 3 Remaster and a limited run of plastic guitars to gauge interest or something.

I was thinking about Guitar Hero the other day. You would think they would at least release one game for the new generations. That would be the ideal amount anyway as they could just DLC songs.

I mean I'd like a new GH, but I'd also love a new Spyro over Skylanders Toys to life, mostly because I know TTL is a crappy money making kind of scheme vs making a good game that doesn't require plastic toys to unlock content that already exists within said game.

I agree with you... except that a "Halo" or "Gears" Toys To Life line that also doubled as a tabletop game (think "Hero Klix"), and that also were playable action figures on their own, could be successful I think. I wouldn't buy it myself, as the last thing I need is to clutter up my living space with more plastic crap. :P But I think it could potentially be successful.

Bobby Kotick asking for them just gave incentive for there to not be a new entry for either franchise.