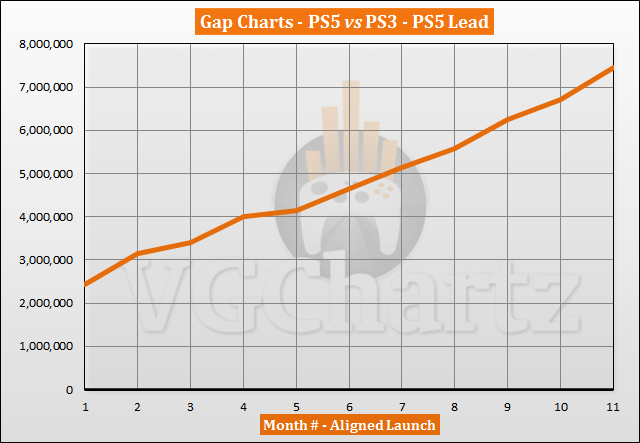 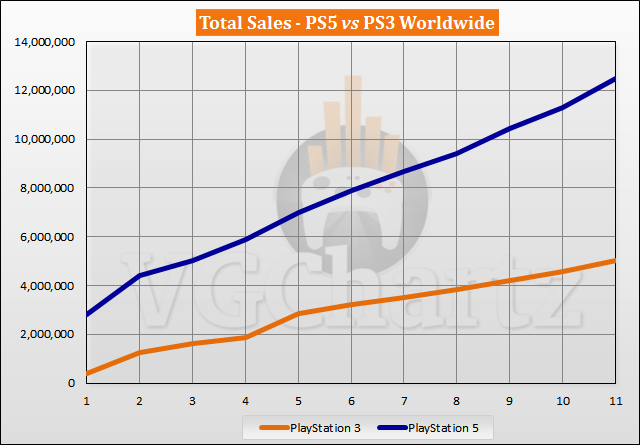 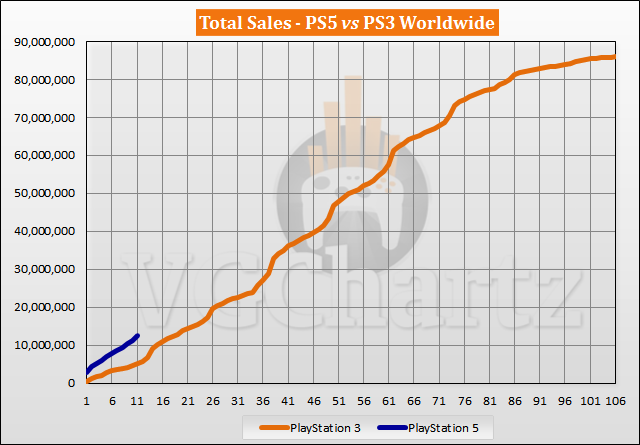 The PlayStation 3 did not reach current PlayStation 5 sales until month 19 where it had sold 12.90 million units.

PS3 was a flop in it's first year so not really surprising. The HD twins really did have amazing performance later in their life.

Yeah Sony had to really push out that gen for a while to get good total numbers. Look at month 55 it was only about 50 mil then jump over to the DS vs Switch chart with the Switch at 92 mil and over DS mil for Wii.

I wonder what the situation is like in Japan for PS5 vs PS3?
PS3 eventually does well in Japan, but I remember the first two years being slow and I can’t say for sure whether or not the PS5 would be ahead at this point in time without checking.

the PS4 never beat the there PS3, so there is that. and PS4 was also kinda slow in japan as well.
in that era basically almost everyone in japan had fallen to sony's idea of everything on the go. shame that they basically handed over a large portion of that market to the 3DS, and then completly with the switch.