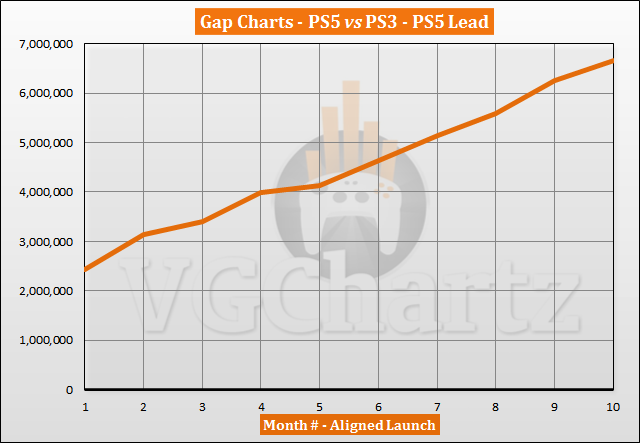 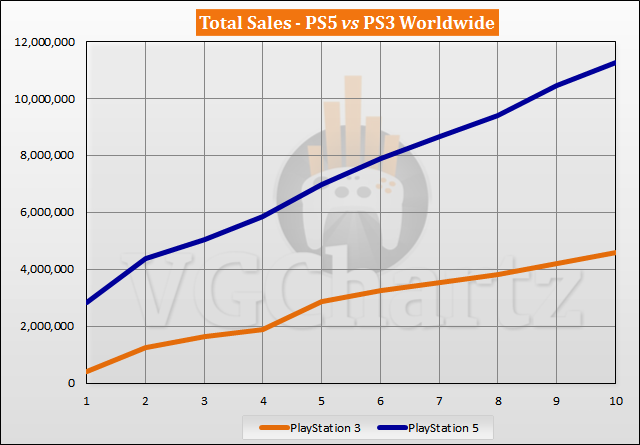 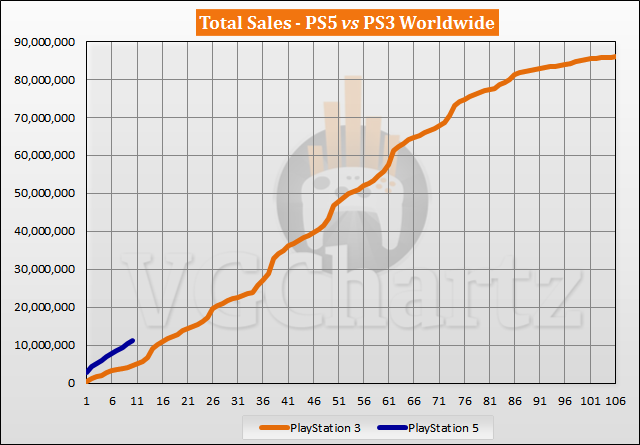 The PlayStation 3 did not reach current PlayStation 5 sales until month 17 where it had sold 11.68 million units.

Not much doubt in my mind that the PS5 will stay ahead of the PS3, and never look back.

Well deserved success on Sony's part. PS5 is by far the best launch experience I've ever had with a console.

At this rate (and assuming they get more in stock.) PS5 could very well overtake PS4 sales in the future.

-OUT OF ORBIT NINJA APPROVED-