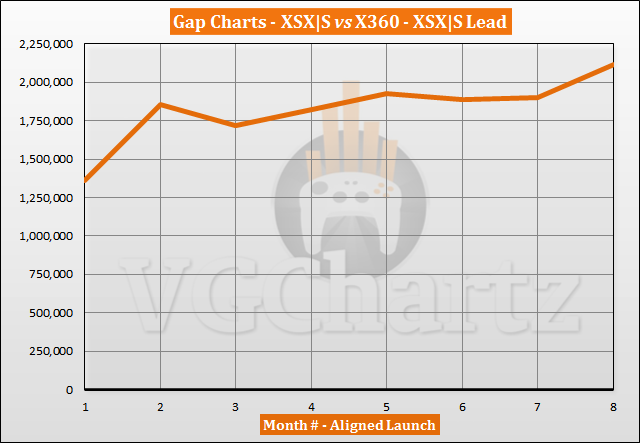 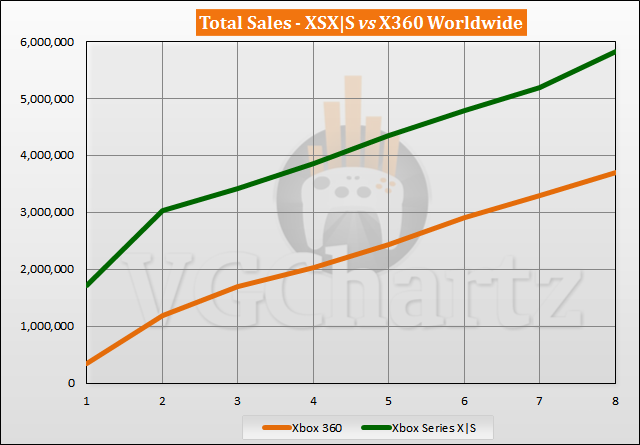 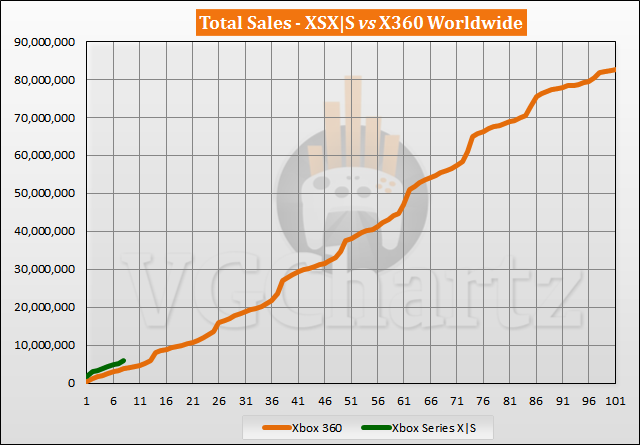 The Xbox 360 did not reach current Xbox Series X|S sales until month 13 where it had sold 5.94 million units.

Microsoft is able to improve on the sales of the 360, which is their most successful console so far. That is pretty impressive actually and MS will have a good generation, if they can keep this momentum up.

Longevity and Kinect will get them in the end i think. I can see the Series X/S coming close but falling short in the end.

70-75 million woulkd still be a substantal improvement gen on gen.

Pretty solid for XSX so far

That is pretty damn impressive considering the shortages we are seeing and their dual focus on Console+PC. X360 had a very long lifespan though, I see XSX maybe reaching 70 million which would still be very good and prepare them for an even bigger success nect generation.