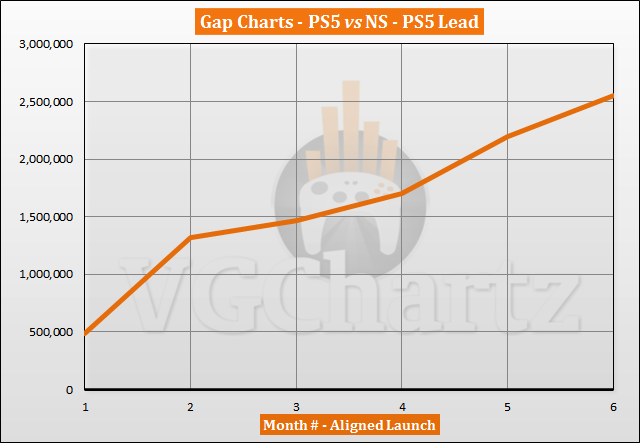 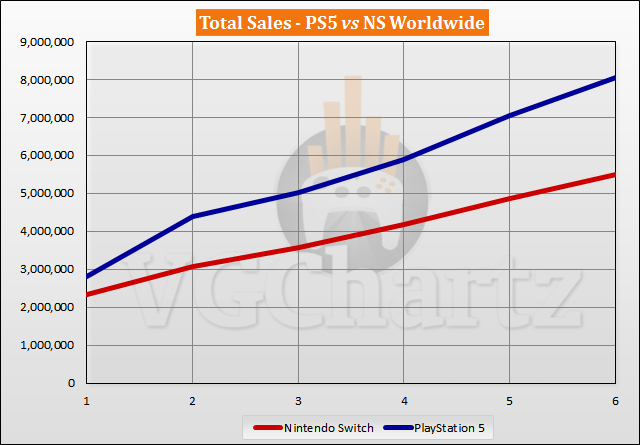 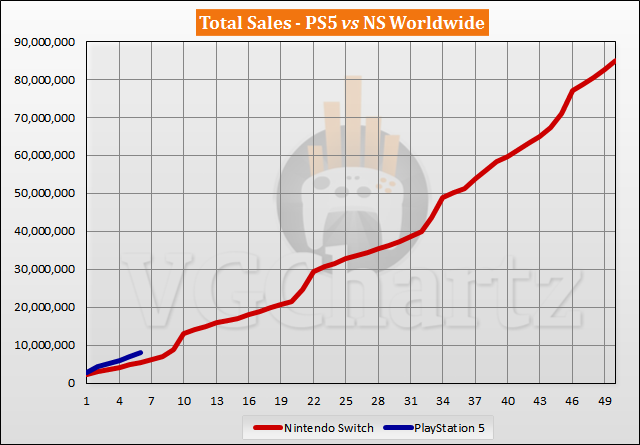 The Nintendo Switch did not reach current PlayStation 5 sales until month nine where it had sold 8.81 million units.

I think it's safe to assume the PS5 will be the fastest console ever to break 10m. It could probably be the fastest to break 20m too. Is it possible to make a PS5 vs WII for the purpose of knowing who's faster to 30m.

This chart and the Xbox vs Switch chart ae both in the "Not really meaningful" territory right now. TSMC fabs are at max capacity and Sony was able to make some deals with AMD to get more of that allocation in exchange for a higher price. Even then both are supply constrained right now so we have no idea how well each would sell if that didn't exist. In general most consoles (switch included) are supply constrained in their first year and we really see if they are going to shine when year two starts. It will be very exciting to see how they sell then and how sales may be affected once covid ends and once it is easier to pick up a new video card without paying insane scalper prices

What can be said for sure is all three companies consoles are selling way better than expected and this is good for gaming :)

It's a great time for gaming. The Switch is killing it and despite lacklustre launch line ups the PS5 is harder to find than hen's teeth.

I've never looked for a PS5 or hen's teeth, so I have to assume you know what you're talking about.

My good lord all thanks to the amazing ps4,
Everyone welcomes the almighty ps5 in their arms