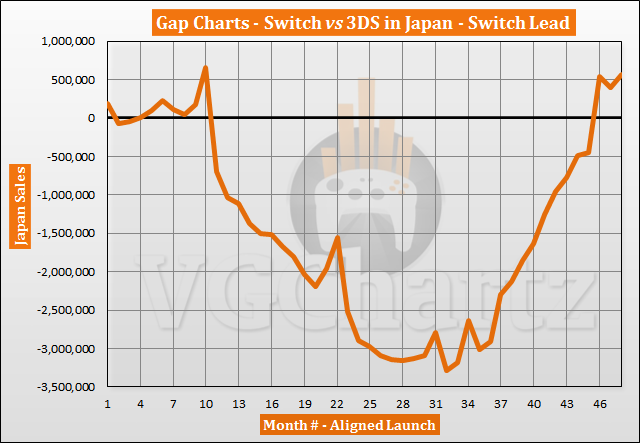 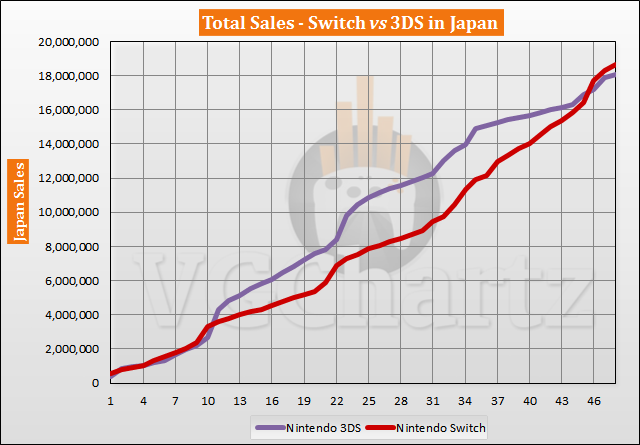 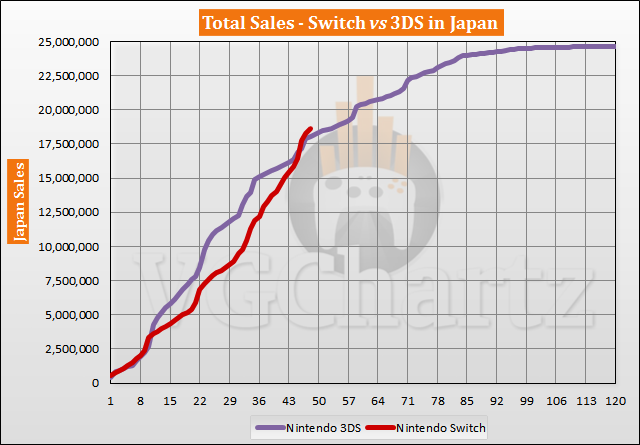 February 2021 is the 48th month that the Nintendo Switch has been available for in Japan. During the latest month, the 3DS closed the gap to the Switch by 168,840 units when you align the launches. In the last 12 months, the Switch has outsold the 3DS by 3.48 million units. The Switch is currently ahead of the 3DS by 566,887.

The 3DS has sold 24.65 million units lifetime in Japan through February 2021. The Switch is currently 5.76 million units behind the lifetime sales of the 3DS.

3DS is going to be conquered when it is all said and done, but does the Switch have enough momentum to take out the Gameboy and DS in Japan?

Probably. About 15 million to go. As long as it sells as well in the last half of its life as the first half, then it should make it. And the replacement will have to wait until 2025.

Given that 3DS is the third best selling system of all time in Japan, Switch breaking ahead of is quite something.
And as 3DS's legs aren't brilliant from this point on, Switch is probably in the aligned lead for good now.