The full world map for Cyberpunk 2077 has leaked online, which gives a good sense of how big the world is, as well as the size of the different locations of Night City and the surrounding areas. The leaked image is a picture of the physical map that is included with the physical release of the game.

View the leaked world map (via Wccftech) below: 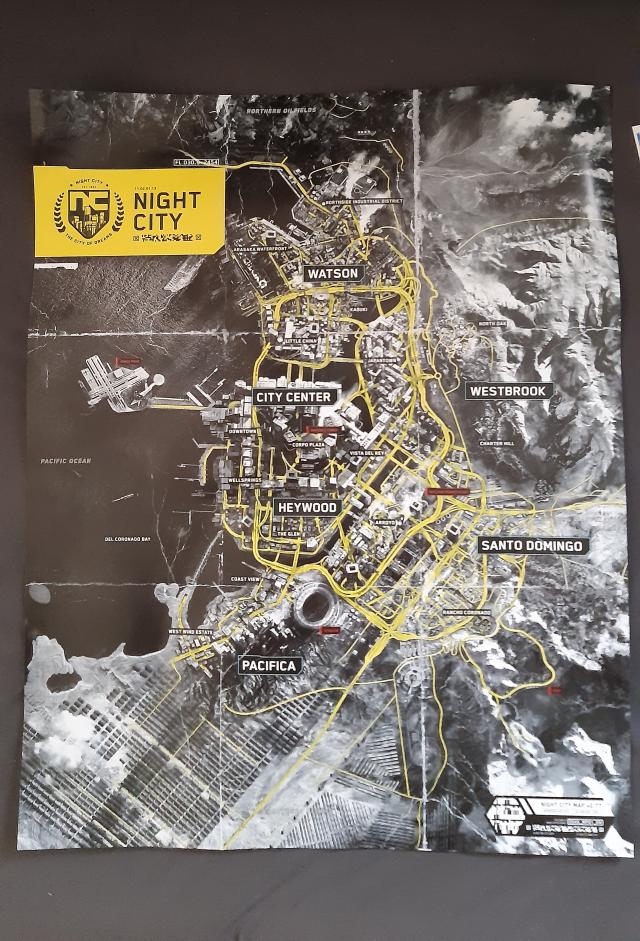 A set of Cyberpunk 2077 postcards are also included in the physical version of the game, have also leaked online. View them below: 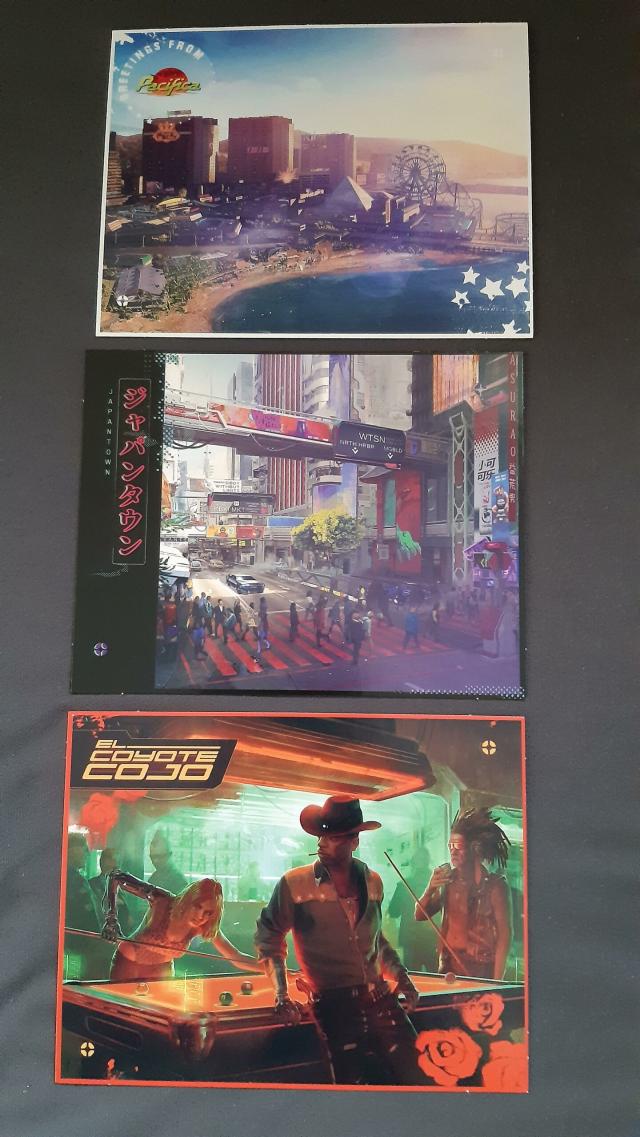 Become a cyberpunk, an urban mercenary equipped with cybernetic enhancements and build
your legend on the streets of Night City.

Enter the massive open world of Night City, a place that sets new standards in terms of visuals, complexity and depth.

Take the riskiest job of your life and go after a prototype implant that is the key to immortality.

Cyberpunk 2077 will launch on the Xbox One, PlayStation 4, and PC on November 19. It will have backwards compatible on launch day for the Xbox Series X and PlayStation 5.