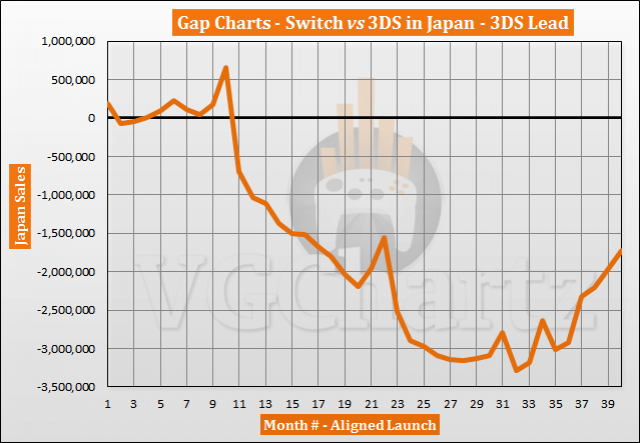 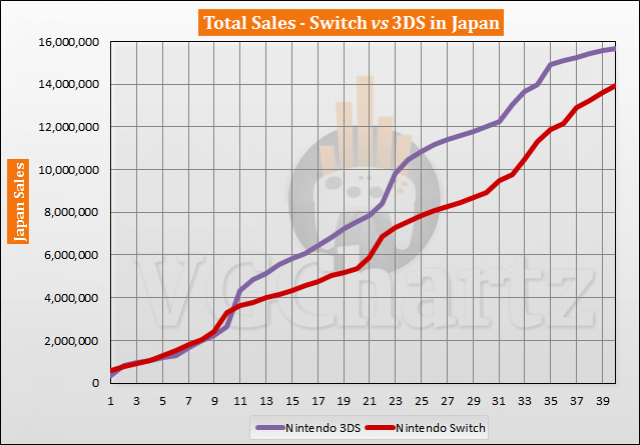 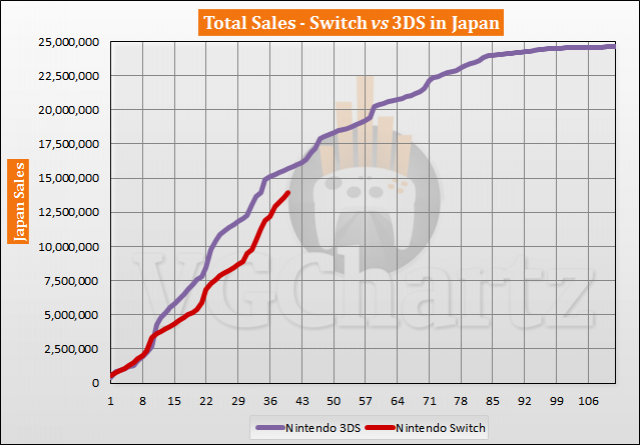 The 3DS has sold 24.61 million units lifetime in Japan through May 2020. The Switch is currently 10.66 million units behind the lifetime sales of the 3DS.

Switch has been cathing up fast this year. Since it is one month "ahead" compared to the 3DS I think the lines will meet by December of this year.

Switch should power through the 3DS around 18 million, and never look back.

Seems that 3DS was a bit more front loaded than Switch.