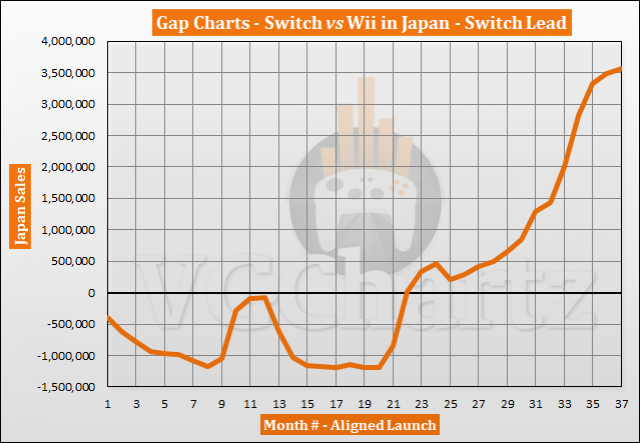 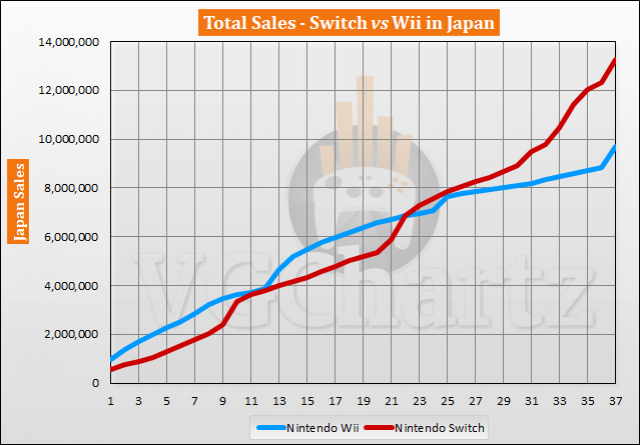 March 2020 is the 37th month that the Nintendo Switch has been available for. During the latest month the Switch increased its lead over the Wii by 89,881 units and by 3.36 million units in the last 12 months. The Switch is currently ahead of the Wii by 3.57 million units.

The Wii sold 12.77 million units lifetime in Japan, which means the Switch has outsold the Wii in Japan in just 37 months.

Switch sold more in March than Wii during holidays... Switch already outsold Wii's lifetime sales. Does this mean that this is the last Switch vs. Wii in Japan comparison chart?

yeah why else would they keep showing it?

Is there a DS VS Switch comparation in Japan? I think we should do that. Switch is looking like a +30 million system in Japan, i don't think it will beat it but it will be close.

One down, more to go