The digital version of the game accounted for just under 50 percent of the games "due to promoting Capcom's digital sales strategy."The strategy included the release of the Raccoon City Demo for the remake of Resident Evil 3 and an open beta test for the multiplayer portion of the game, Resident Evil Resistance.

Capcom also announced total shipments for the Resident Evil 2 remake have surpassed 6.5 million units worldwide. The figure includes digital sales. This figure is also up from 5.8 million as of December 31, 2019. 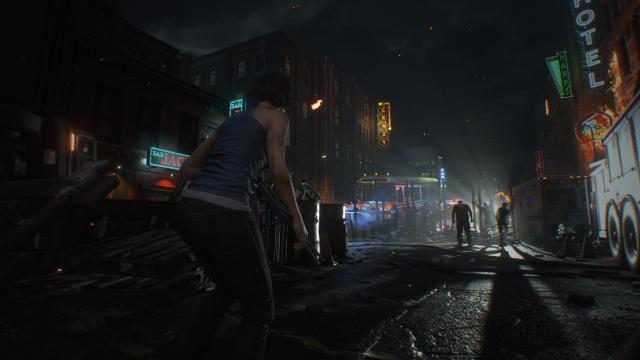 "The Resident Evil franchise features survival horror games in which players utilize a variety of weapons and other items to escape terrifying situations," reads the announcement post from Capcom. "Cumulative sales of the games in the series now total 95 million units [as of December 31, 2019] since the first title debuted in 1996. More than 20 years later, continuous support from the passionate fan base across the globe makes it Capcom's flagship game series.

"The new Resident Evil 3 is a reimagining of the 1999 release of Resident Evil 3: Nemesis, which went on to sell a cumulative 3.5 million units. The new game incorporates fresh ideas and utilizes the latest technology, leveraging Capcom’s proprietary RE Engine. In addition to putting a fresh twist on the original’s story and setting, the game boasts new play experiences even for fans who played the predecessor. Further, the title gives players the chance to enjoy both single player and multiplayer fun with the inclusion of Resident Evil Resistance, an asymmetrical online multiplayer title that was honored with an award in the Future Division of the Japan Game Awards: 2019."

Wonder how it compares to FF7R.

But the article says it includes digital