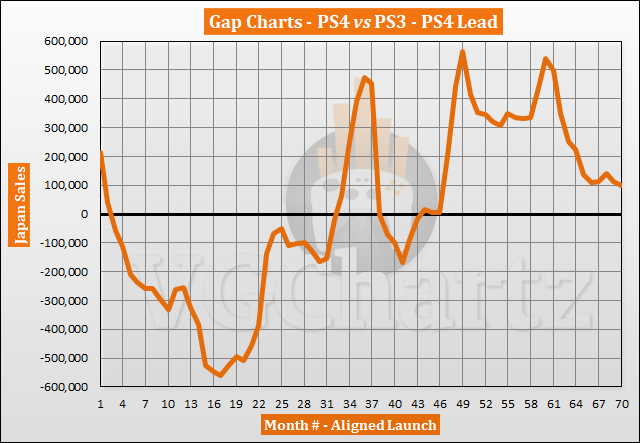 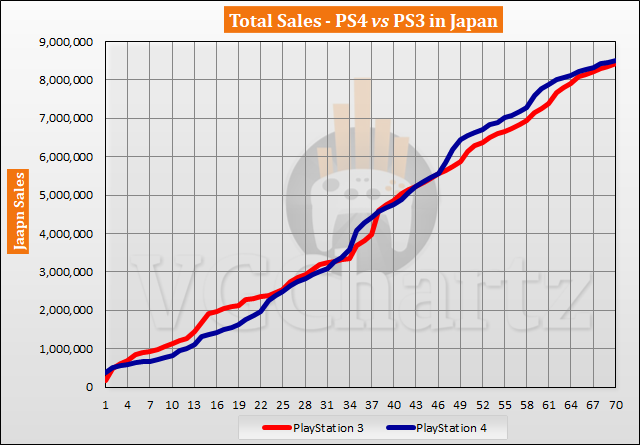 PS4 isn't going to make it.

Huh, not sure. But it doesn't seem that PS4 is pulling ahead or losing to PS3. In the end I assume they will be within 1M of each other. PS3 ends up with 10.47M, so about 2M more. That is doable, but not easy. PS4 did a little over 1M this year if I see it right. 2020 might be somewhat similar, after that it probably slows down after the PS5 relases.

PS3 almost sold 10.5M in Japan. Unless the PS4 gets half off from here on out I don't see the console surpassing it's predecessor anymore as I don't see the PS4 selling 2 more millions when the consoles drops to just 7k weekly in December outside of promotions.

Yeah PS4 will start falling behind PS3 in 2020. I'm actually really surprised it is ahead right now. PS4 sales are dying in Japan and PS3 continued to sell mediocre at least I think at the end of its life because its price started so high people gradually bought it was the PS3 eventually hit a reasonable price late in its life. I'd expect PS4 to only hit about 9.5mil lifetime, coming in just under a million away from PS3.

Also keep in mind that there's a 3 months delay between the launches, meaning that November PS4 just got beaten by August PS3

I really wish these graphs would show at least the next quarter of sales for the older system so we can see quickly what the near future looks like.

If it was total sales this would be no problem at all, but as this is just the difference you can not include it usefully.

The graph I’m referring to is the second one...which does show total sales

Oh, I am sorry, I wasn't thinking about the second one, just about the first one. Sure, you are right then.^^

Looks like this will be really close. I think PS3 will just make it with maybe half a million more by the end of this.

The ps3 wont look back from here on out.