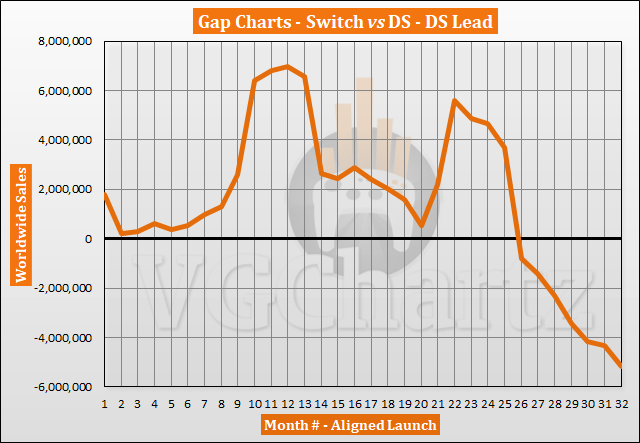 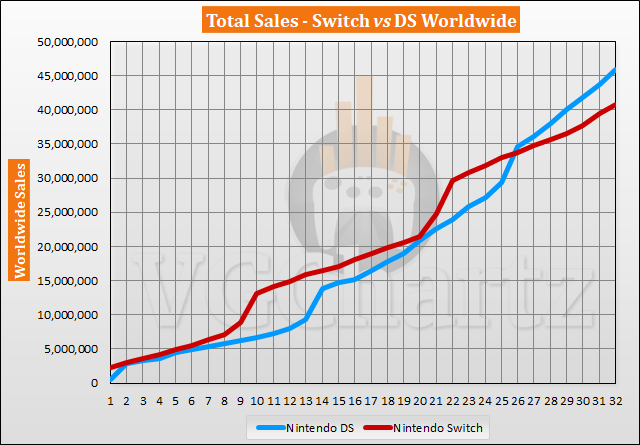 The 3DS launched in February 2011 (however, 3DS sales have been aligned to March 2011, since it only launched at the end of February in Japan), while the Nintendo Switch launched worldwide in March 2017. The Switch has sold 40.74 million units, while the 3DS sold 34.19 million units during the same timeframe.

For those wondering, Oct 2013 was the release of Pokemon X/Y, hence the boosted 3DS sales that month

Months from now if the gap continues its rise uninterrupted from this holiday onwards, people will ask what that little 1 month speed bump is in the chart, and we'll be like, oh that little bump? Yeah that was Pokemon X/Y, the 3DS' biggest release and 2nd best selling game. It left a tiny dent in Switch's climb.

This month will only be a flaw in the ascending Switch lead gap curve.

For those wondering, Oct 2013 was the release of Pokemon X/Y, hence the boosted 3DS sales that month

Just a little glitch in the matrix, nothing special. Carry on, carry on.

The switch Will surpass the 3ds very quickly and so easily