FIFA 20 (PS4) has remained in first on the French charts in week 42, 2019, according to SELL. Ring Fit Adventure (NS) debuted in second place. 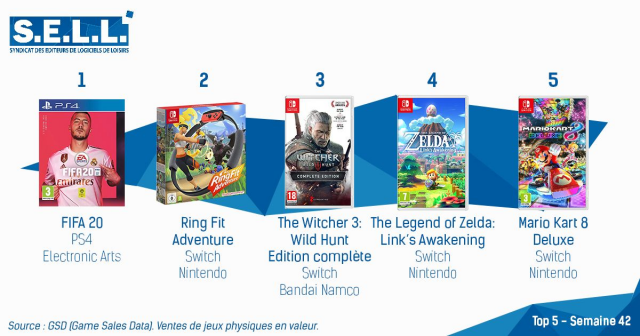 Wonder how Fifa 20 would have done on Switch if they put out a real version.