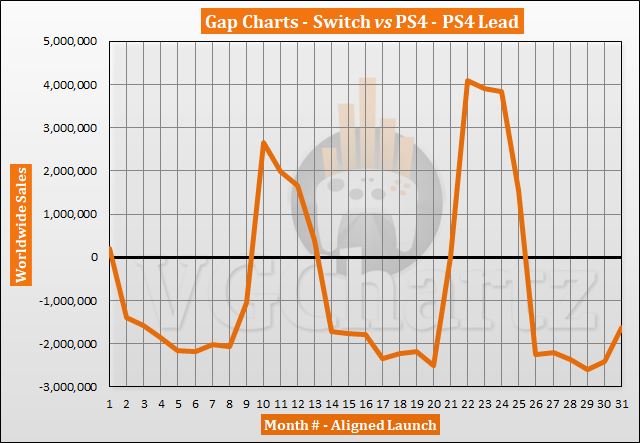 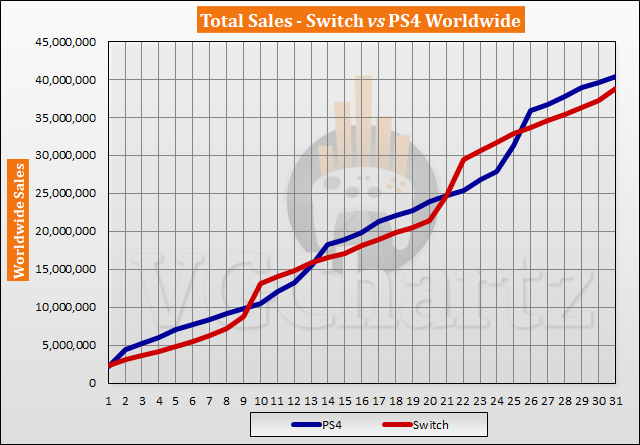 If I'm right then PS4's best holiday season should be around month 50. So if the Switch is doing the cross before December (month 34) there's a chance that it will stay ahead after PS4's next holiday season. Not impossible with Pokémon and Lite.