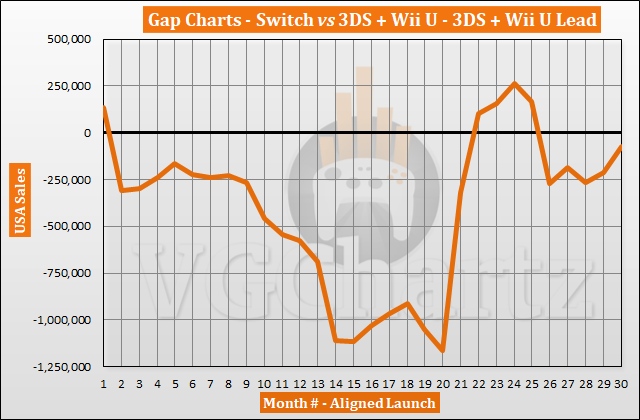 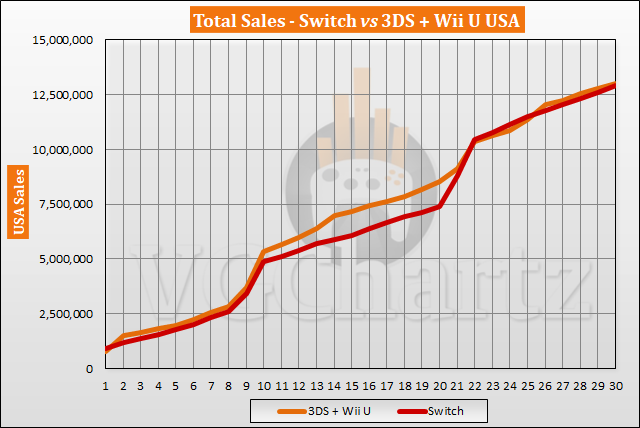 August 2019 is the 30th month that the Nintendo Switch has been available for in the US. During the latest month the gap grew in favor of the Nintendo Switch units when compared to the combined sales of the 3DS and Wii U during the same timeframe by 138,001 units. In the last 12 months the gap has grown in favor of the Switch by 834,889 units. The Switch is currently behind the 3DS and Wii U by 76,346 units.

With the Lite, the Switch will now be way over both consoles soon

If we look at the self-similarity of that "W" curve of the gap, we can expect a Switch lead of about 1M after this holiday season.

It will likely be a fair amount larger with the Switch Lite success.

I believe 3DS had its best sales during the first year or so. At this point Switch sales are accelerating, while 3DS sales would be decelerating during the same time frame. Switch is about to shoot past 3DS + Wii U combined.