FIFA 20 Debuts at the Top of the French Charts - Sales 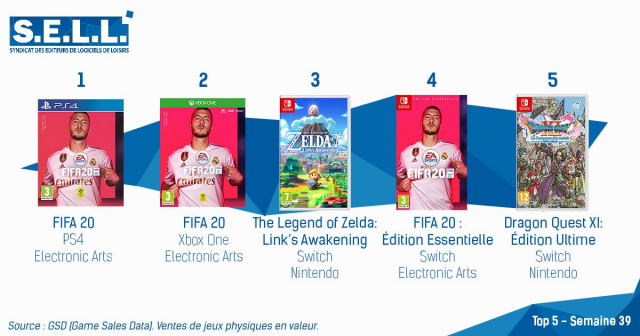