The total number of players is likely to be a fair amount higher as it was a PlayStation Plus title in July.

We are delighted to announce that Detroit: Become Human has now sold in excess of 3 million units on PS4 worldwide! pic.twitter.com/CAL7bsg4jH

Detroit: Become Human is available now for the PlayStation 4 and will launch for Windows PC this fall.

Well done, and it deserved more if people liked the genre it would get more sales.

Yep, it's a very solid total.

I like the sims doing menial tasks, in other words i got bored within an hour amd never picked it up again 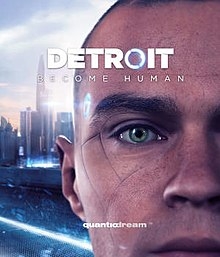