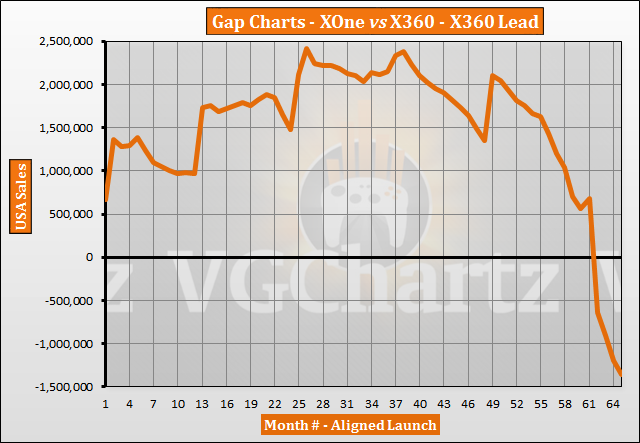 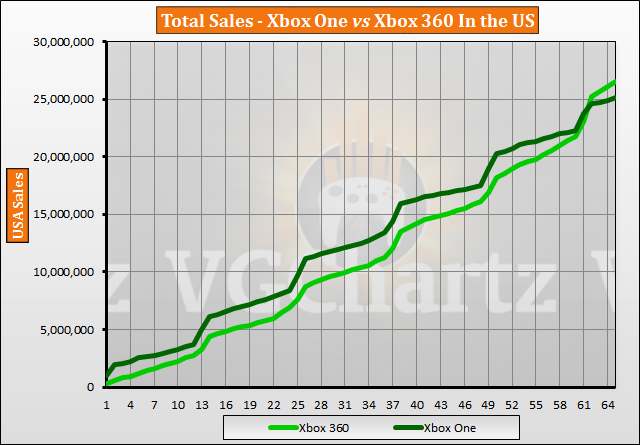 Note: Xbox 360 currently leads by 11.31 million units worldwide when you align the launches

The Xbox One had quite a stable lead for 4.5 years, but now it's turning quickly into a slaughter. The gap change over the next 12 months can be expected to be 3m+ again.

the Kinect did an amazing job on extending the life of the Xbox 360.

Easy now. In the past, when D'Angelo made those graphs people would often complain that he was just beating a dead horse due to those comparisons already being settled a long time ago.
If you make a polite request maybe he'll update the specific graphs.

I know this months ago, but I want it as an article is it so hard ?

also I want to see the graph