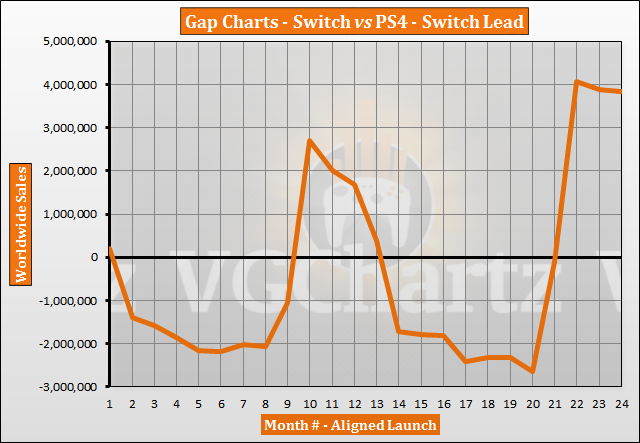 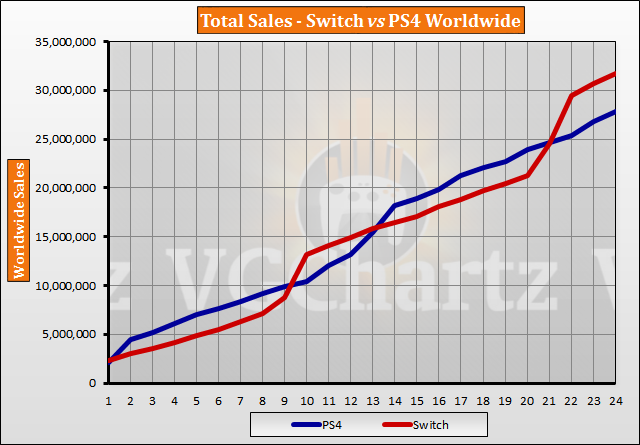 The 24th month on sale for the Nintendo Switch is February 2019, while for the PlayStation 4 it is October 2015.

The gap between PS4 and Switch is the widest that it has ever been. PS4 is about to hit a sales burst though. I think it will catch the Switch, but just barely. Switch is very gradually gaining on the PS4.

So has the Switch bombed or not?

I guess the maximal offensive will be the period between SMM2 and the 2 Pokemon + the 3 months following.
So June 2019 to Mars 2020 I would say.

Harder than the Wii U dude.