Take-Two Interactive in their financial report for the third quarter of the 2019 fiscal year announced it has shipped over 23 million units of Red Dead Redemption 2 worldwide. This figure is up from 17 million units shipped in early November. 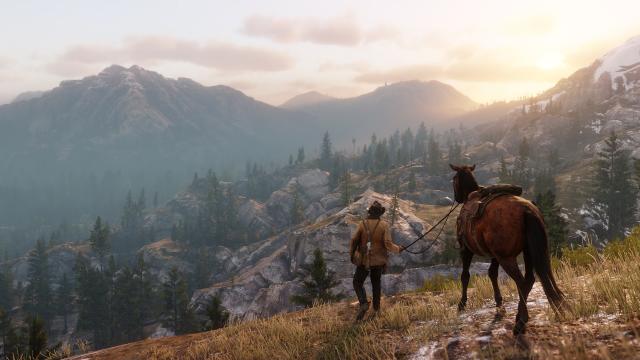 Read the report for Rockstar Games below:

The title received outstanding reviews, with numerous influential critics awarding Red Dead Redemption 2 a perfect score, and the title also received multiple game of the year awards. Red Dead Redemption 2 has also been a massive commercial success and has set numerous records, including the biggest opening weekend in retail sell-through across all entertainment releases (over $725 million), and the second biggest launch (three days) in retail sell-through across all entertainment releases (next to Grand Theft Auto V).

Red Dead Redemption 2 released for the PlayStation 4 and Xbox One worldwide on October 26, 2018.

That's incredible for a game that's not "fun"

Well deserved,one of The Best Games ever made

It felt that way to me for the first several hours. But, then I got used to it, and I was finally able to appreciate the greatness. I was sad when I completed the epilogue and had to move on to another game.

I am going to keep pushing forward. I just feel like the game likes to be cheap and I do not like the controls. I doubt it will make my top 10, but there has to be a reason that it scored the way it did other than pretty visuals lol.