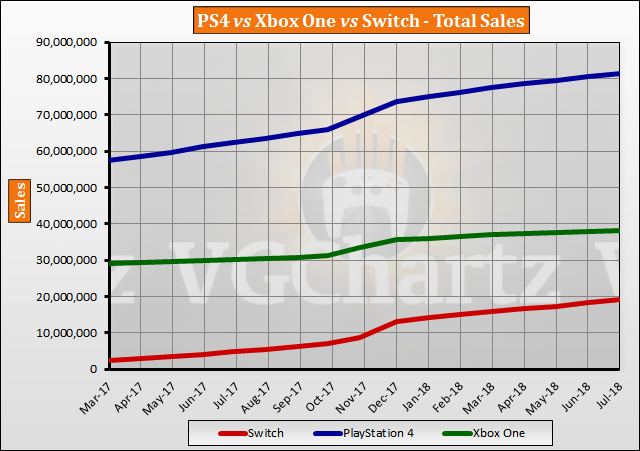 Looking at the total sales of the PlayStation 4, Xbox One, and Switch through July 2018 shows much of a lead the PlayStation 4 has on the Xbox One and Nintendo Switch. However, the Switch did launch several years after the other two consoles. 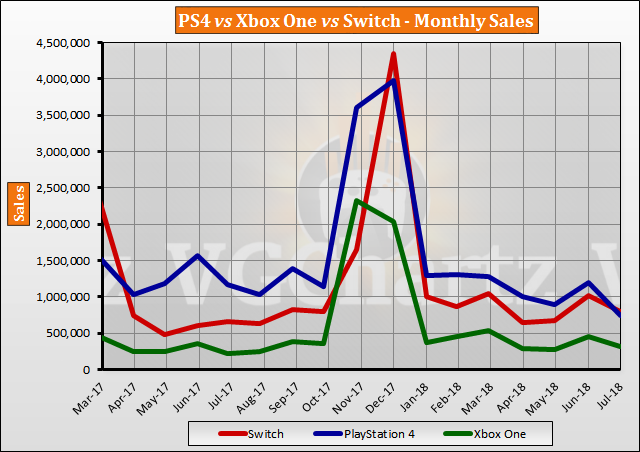 Taking a look at the marketshare, the Switch managed to achieve 43 percent. The PS4 accounted for 40 percent of the consoles sold, and the Xbox One 17 percent.

Wow the Switch managed to outsell the PS4 this month! Very impressive!

having 3/5 control of the gaming market worldwide WOW!