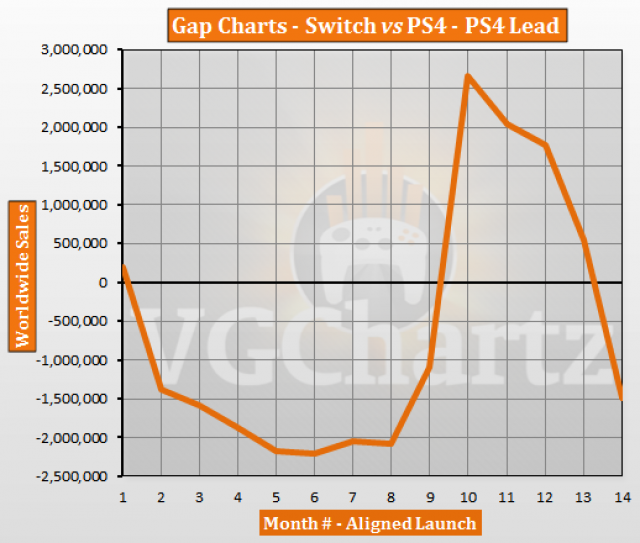 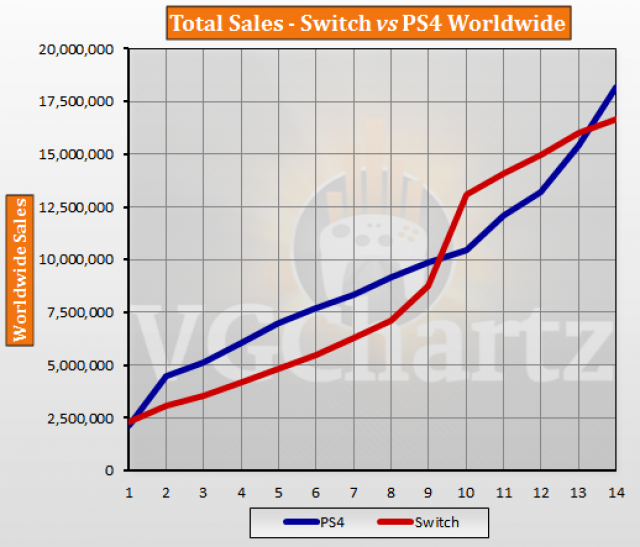 Expecting this one to go back and forth for awhile. Only 100k gap change in the past 12 months is nearly tracking even.

It will since the releases are offset. PS4 will shoot up for now cause it's in the holiday. But then it will nose dive into the February-May slow period and then settle into the summer slump. Meanwhile, when it's at it's low point, the Switch will enter the September-December window. And this cycle will repeat for some time.

Ps4 started slowly and gradually became more consistent. Switch will have to go through this if you want to beat the numbers.

Expected.. Ps4 is in it's 2nd holiday season, Switch will catch up again in fall/holidays and so on.

If the top graphic shows a PS4 lead then the graph should be mirrored at the x-achsis because currently the graph says that the PS4 leads with -1.5 million units.