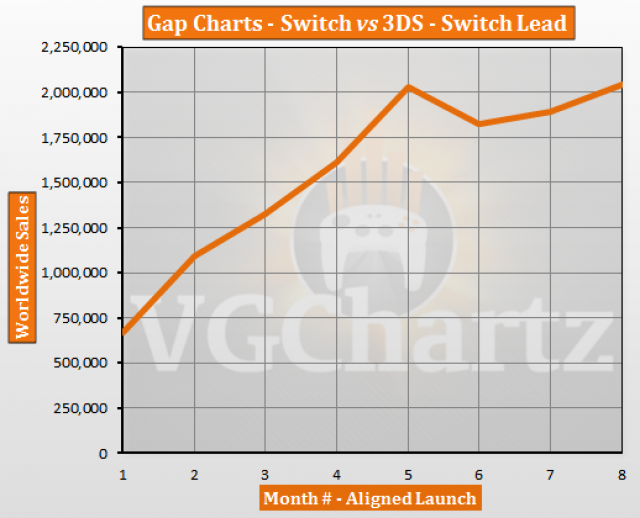 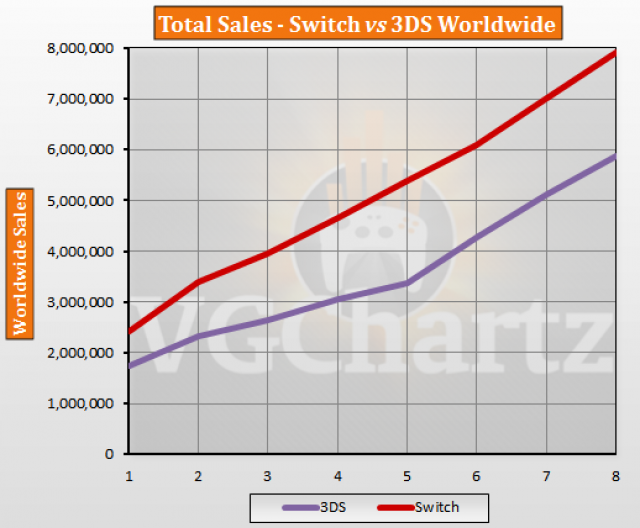 October 2017 is the 8th month that the Nintendo Switch has been available for. During the latest month the gap grew in favor of the Switch by 147,897 units when compared to the 3DS during the same timeframe. The Switch is currently ahead of the 3DS by 2.04 million units.

The 3DS launched in February 2011 (however, 3DS sales have been aligned to March 2011, since it only launched at the end of February in Japan), while the Nintendo Switch launched worldwide in March 2017. The Switch has sold 7.92 million units, while the 3DS sold 5.87 million units during the same timeframe.

Wonder how Switch will stack up once 3DS takes off for it's first Christmas. It's telling, I think, that Switch is still way ahead after 3DS's August price cut.

Well it has already sold 10 mil so it's posible