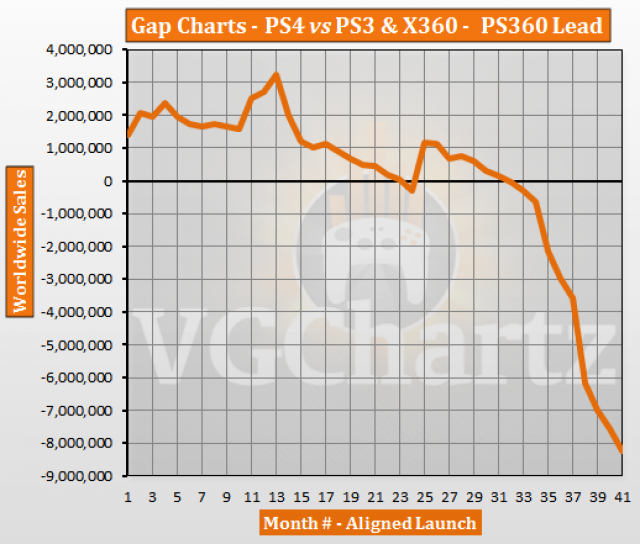 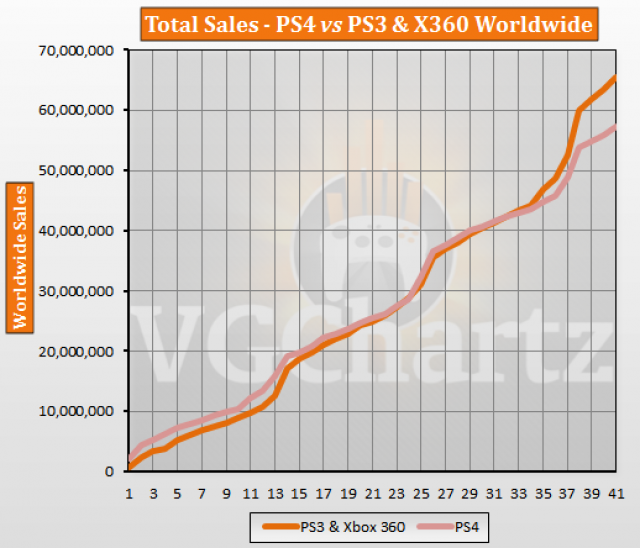 I have to be honest, I don't like the way they do the lead graphs here. The graph says "PS360 lead" and then shows -8.2 million. Realistically the graph should show it as positive 8.2 million.

Have been saying that for a long time already, William just don'T change it xP

PS4 is such a flop. I think it's about time to stop this one, though, it was nice while it lasted, but PS360 will end at over 170M, there is just no way the PS4 will get competitive with it at any point foward, as the last year of this comparision is showing.

PS360 together were selling 26m consoles per year in their prime. PS4 hasn't broke 18m yet. It put up a good long fight, but this was inevitable. PS4 might get one more stellar year, if it drops to $199 and creep up to 20m, but after that it's going to slowly decline in sales.