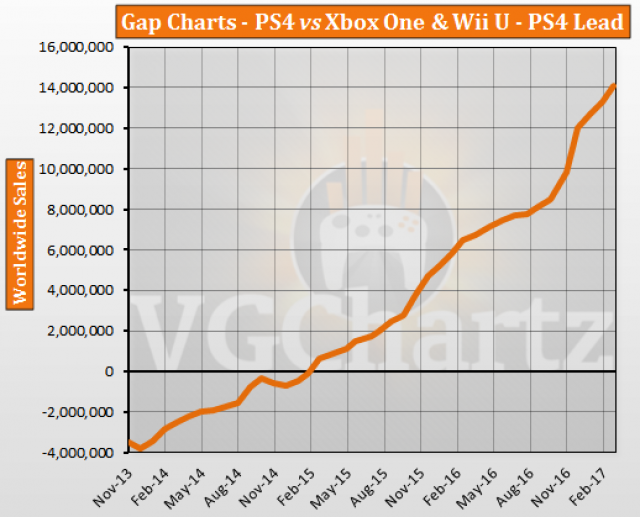 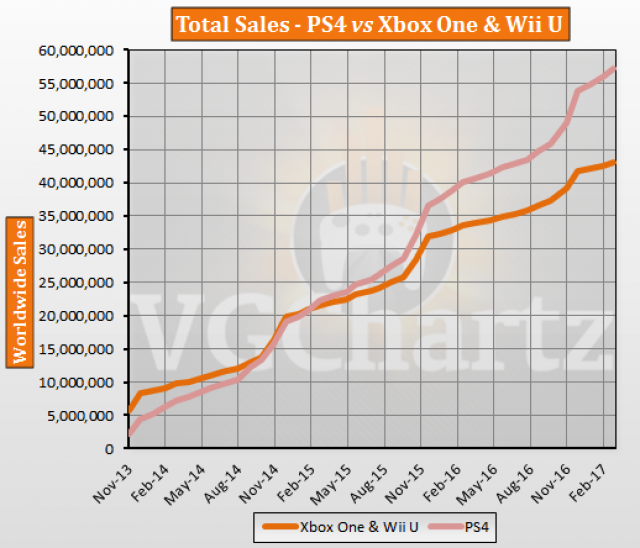 The gap has grown for 27 straight months in favor of the PlayStation 4 when compared to the combined sales of the Xbox One and Wii U. The gap in the latest month grew by 760,175 units and 7.63 million units in the last 12 months.

Doesn't look like this is going to change ever. How about some Switch vs PS4 Gap charts to give it a bit more competition?