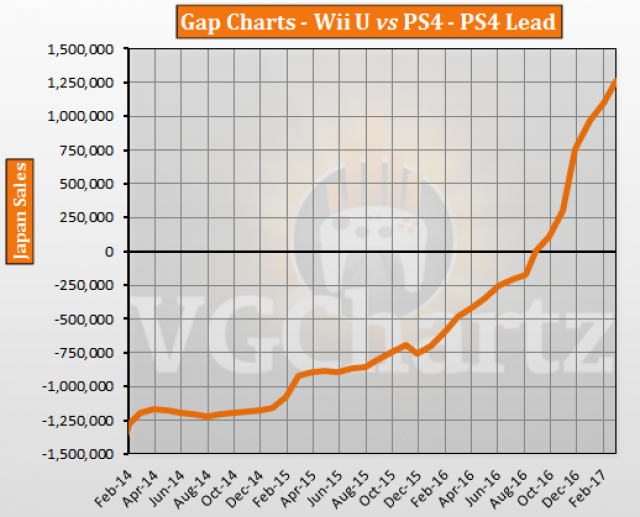 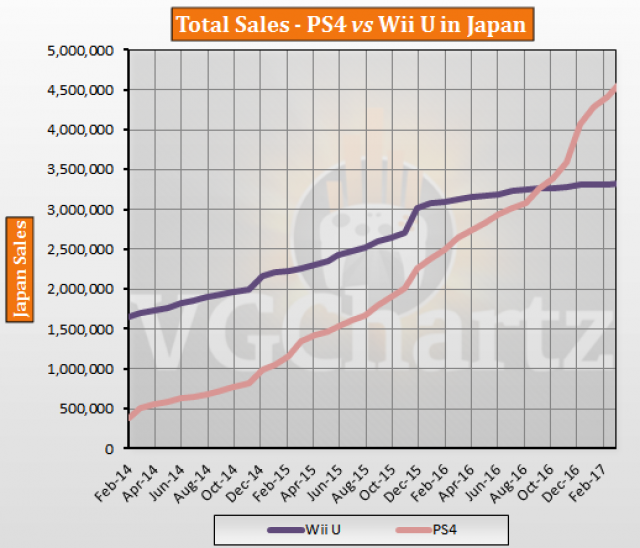 In its latest month on sale in Japan the PlayStation 4 outsold the Wii U by 164,585 units and has extended its lead. It also sold 1.74 million more units in the last 12 months. The PlayStation 4 currently leads by 1.26 million units.

interesting sales figures. i love japan & japan publisher love the PS4. What do you think guys, end of this year in japan, the PS4 more than 5, 3 million ? Yakuza Zero and Persona 5 have the best story of the year 2017 for now. hope the best for japan and the sales figures in future. The next big japan-games in this country are: Tekken 7 in june, Dragon Quest XI and Gundam & the final fantasy-remaster + naruto ultimate ninja storm-collection in july. After that Everybodys Golf. Dynasty Warriors 9 ect. Maybe end of the year Ni No Kuni 2 ? Gran Turismo Sport is sure. I think, japanese player buy many west-games this summer/end of the year too (Red Dead Redemption 2, Uncharted The Lost Legacy, Star Wars Battlefront II ect). i hope, 5,3 million units are possible in japan this year for the PS4. Any new sales figures in china or south korea?

My best friend's ex-wife makes Bucks75/hr on the laptop. She has been unemployed for eight months but last month her income with big fat bonus was over Bucks9000 just working on the laptop for a few hours. Read more on this site.....
========== www.FlashCash3.com

This comparison is going to be pretty boring from here on out.