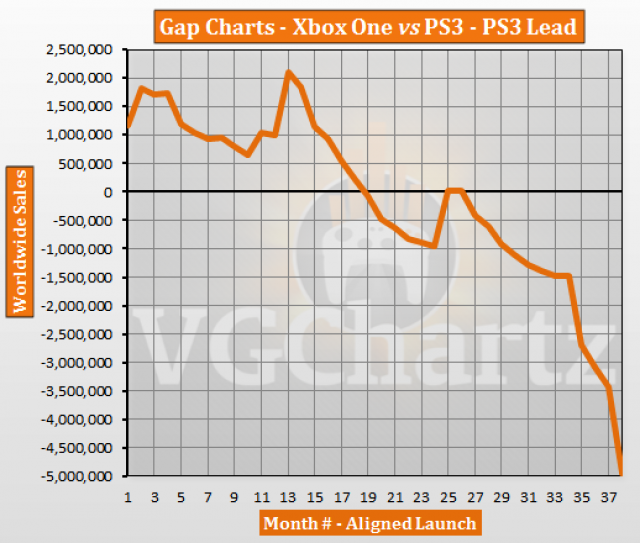 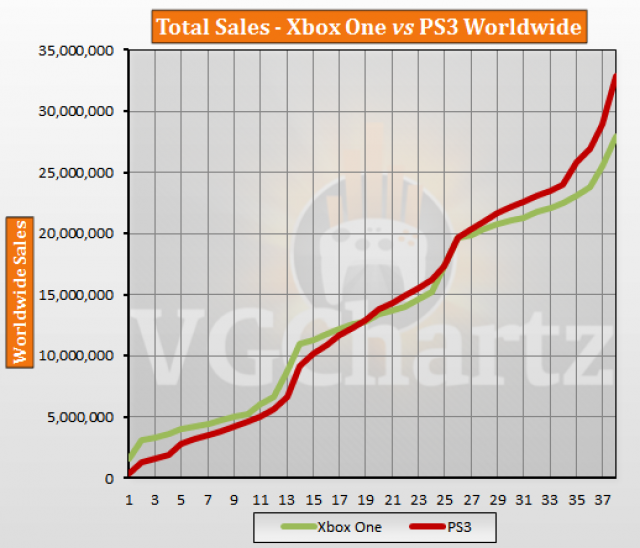 Wasn't PS3 considered a bomb for the first few years? What does that make the Xbox One? :P

It was considered a bomb by Americans who live in a bubble and only think that the US market matters. The PS3 outsold the 360 worldwide on a monthly basis when launch aligned.

No the PS3 didn't sell on par with the PS2 and it lost a lot of money for Sony thus why some considered it a bomb, I don't know where you get that Americans are saying it but that is plain false.

Massive bomb for Sony since they lost so much money on the PS3 and also lost alot of its market. X1 hasnt hurt Xbox financially as much as PS3 hurt PS.

I clearly remember American xboys claiming that the PS3 bombed because the X360 was selling much more. Which was true only in USA and a bit in UK and Australia. Worldwide the PS3 was selling more