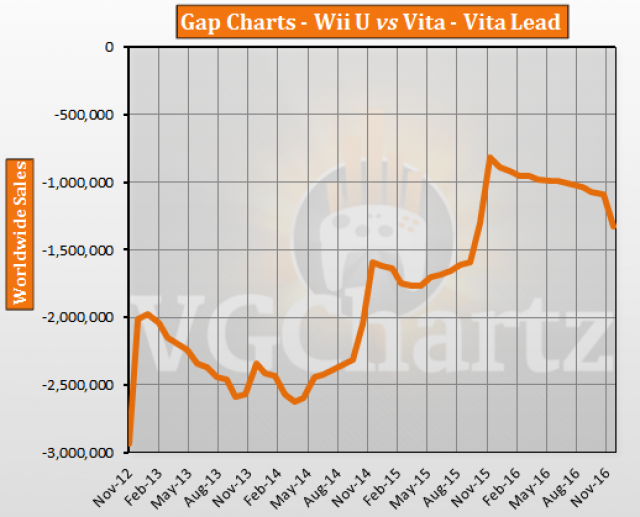 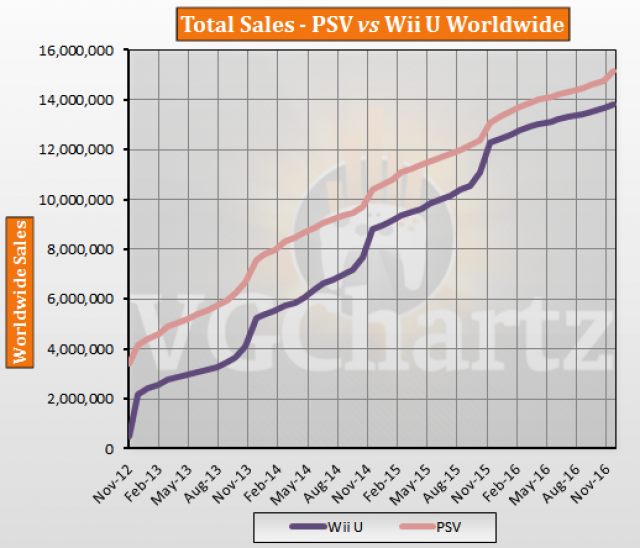 With the release of the Nintendo Switch in March 2017 it is now looking more unlikely the Wii U will catch up to the PlayStation Vita.

Oh well! This is going to fun soon........... Hopefully them Vita numbers are quite close to the real numbers. I would say No more than 1million overtracked.

Clash of the Titans!